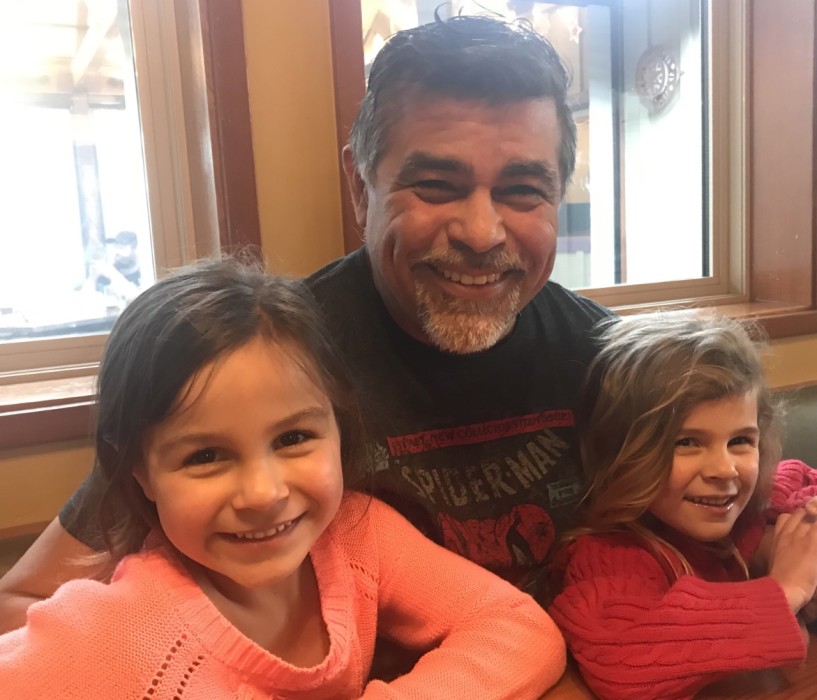 Andy was adopted as an infant into the Spliethof family who loved him, and he loved in return. He grew into a child with artistic skills. He went to Rogue River High School and took art classes with A’s every year. He had a rare combination of qualities, being artistic and brooding but also outgoing and hilarious.

When he was 18, he traveled abroad to Germany where he lived for a year. That experience influenced him for the remainder of his life.
Andy was open-minded about other cultures and languages. Most beloved was anything in the arts, including music, poetry, novels, painting, sculpting, singing (he was always singing), etc. From fine art to simple doodles, he appreciated it all.

Perhaps the only thing he loved more than art were his daughters Jasmine (me), Melody, and Sofia. We are blessed by God with such a sensitive soul to tuck us in as little girls and comfort us as women.

To his friends and family, he was fiercely loyal. Each person was valued individually. If anyone ever needed anything, and he was able, he would help.

He had a gift for laughter and making others laugh, a genuine love for those around him and a love for tis country. He was forever singing old country music and had a passion for Merle Haggard and Johnny Cash. He often would go on barefoot walks to help himself feel grounded and connected to nature as is reflected in his talent for taking beautiful photos.  He would often have a pocket full of found objects from his walks that stemmed from his years as a boy in Selma Oregon.

As his good friend Russ expressed, “His artistic achievements were only an expression for the love and curiosity Andy had for this world.”

We are thankful for the outpouring of support we have received. He is dearly loved and missed and is now free.

To order memorial trees or send flowers to the family in memory of Andy Ray Spliethof, please visit our flower store.