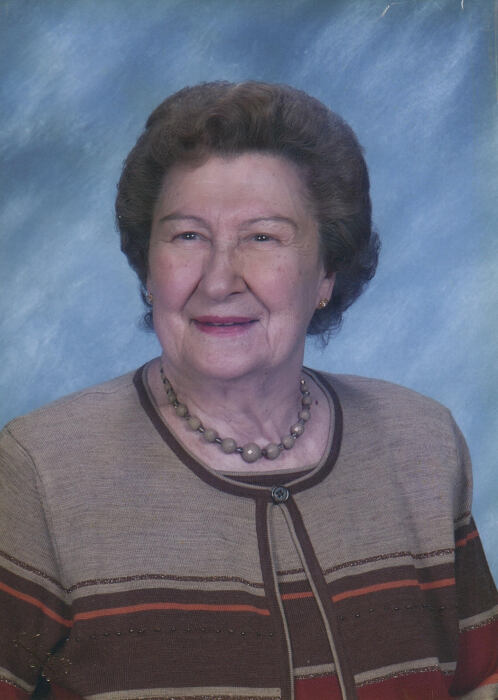 The funeral for Bettelu Harper, 91, of Central Point who died Saturday, will be held on December 29th at 1:00 PM in the Perl Funeral Home Chapel in Medford with Pastor Bill Lehmann.  Interment will follow in Siskiyou Memorial Park, 605 Highland Drive, Medford.
Seating in the Chapel will be limited to 30.
Bettelu was born February 24, 1929 in Yankton, South Dakota.  She attended Yankton High School and graduated after her Junior year in 1945 and two months later moved with her parents to Central Point Oregon.
She married Robert Harper on February 7th 1948. They adopted two children: Paul and Lisa. The family moved to Roseburg in 1967.  Bettleu, after the passing of Robert, moved back to Central Point in 1986 and lived in the house her father built until she passed.  She was a long time member of St. Peter's Lutheran Church in Medford.
She had many artistic interests that she was always able to master. The love for her family was undeniable.  She had a heart of gold and always put others before herself.
She is survived by her son, Paul Harper (Linda) of Hillsoro, and daughter, Lisa Calkins (Rob) of Medford, 5 grandchildren and 4 great grandchildren.
Contributions may  be made to the Elders Fund at St. Peter's Lutheran Church, 1020 East Main St., Medford, 97504 or to the American Heart Association.

To order memorial trees or send flowers to the family in memory of Bettelu Harper, please visit our flower store.