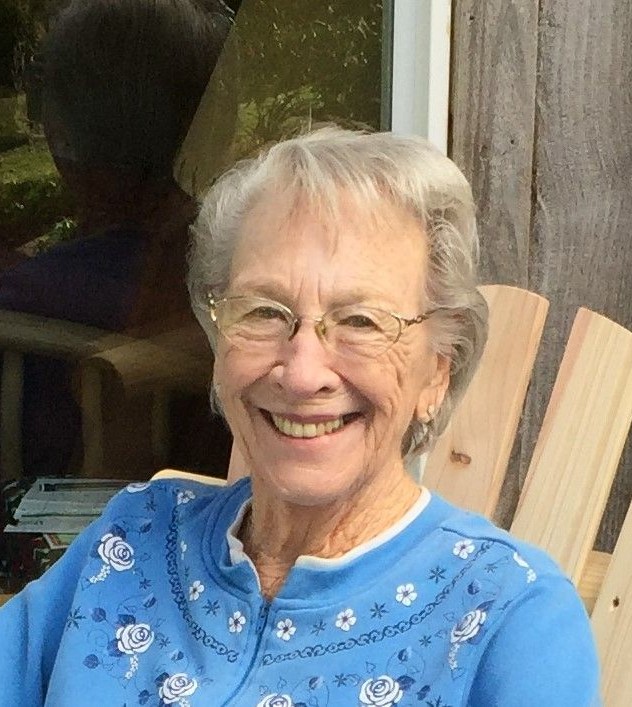 Carol Ann Messing was born September 4, 1935 in Los Angeles, CA and passed into the loving arms of the Lord on September 12, 2021 in Medford, OR. Preceded in death by parents, John Fredrick Thompson and Helen Louise Laun, Husband Guy Gene Messing and beloved daughter Kim Janet. Survived by brother Michael Thompson, sons Ron Allen, Steven Guy and Craig Lee, grandchildren Jon and Jordan McGrath, David Messing, Kevin Messing and Amanda Lewis. Greatgrandchildren Chance McGrath, Bailey McGrath and Lily McGrath, Aubrie Messing and Dean Messing. Daughters in law Debra Messing, Allison Messing, Jo Ann Messing, Queenie Rabino and Kathy Noble. Carol also leaves behind many beloved cousins, nieces and nephews. Carol graduated from Canoga Park High School in 1953. She first met husband Guy while they were both working for North American Aviation in Downy, CA. They married on February 23, 1957. Carol and Guy relocated from So. Cal. to Carmichael, CA where Guy began working for Aerojet in Rancho Cordova as a Chemical Engineer. Carol had four children that were her pride and joy, Craig Lee, Steven Guy, Kim Janet and Ron Allen. Carol was a stay-at-home Mom until she obtained her Real Estate license in 1973 and began working in Sales for Lyon Real Estate in Sacramento. She later moved into the office as the Assistant to the Lyon Sr. Vice President. A role she had for 15 years. Carol had many friends from her time at Lyon Realty.

Guy and Carol bought some land on the ocean at Iverson Point near Gualala, CA in the late 60’s where they eventually built a second home and lived for a time. Carol had a stint as a short order cook (among many other jobs) at a roadside restaurant she bought with Guy in Gualala while three of her four kids were still at home and Guy was working at Aerojet in Rancho Cordova! Despite that challenge, she loved the coast house and the ocean as did all her family. Many great times and memories were had by both family and friends there. In 2004, Carol and Guy moved to Volcano, CA on Shake Ridge Road to be near daughter Kim who lived in the area and was working as a nurse at the Sutter Amador Hospital. Carol loved the woods and being so close to Kim but she tragically passed away at the young age of 42 which left a large hole in Carol’s heart and the hearts of so many others. She wrote “It has taken me a good bit of time but as time has passed and I can reflect, God has been beside me and assured me we will be together again with Him!!! Until that time, I’ll miss her every moment of my life.” In 2007 Guy and Carol bought a house at Gold Beach on the Southern Oregon coast and Carol moved there after Guy passed away in 2010. She loved the ocean view and the beautiful sunsets. She loved celebrating her children’s catch of Salmon and Rockfish when they would come to fish in the Rogue River and the ocean. She really knew how to cook a fish dinner! After a few years at Gold Beach, Carol moved to Woodburn, OR since her childhood best friend Patty lived there. After a few years in Woodburn, she moved to Medford, OR in April 2021 to be close to her son Craig. She passed away in her sleep, at home, in the early morning of Sunday, September 12, 2021 at age 86.
More than anything else, Carol loved her family. Carol had this quote “check marked” as special among some things she left behind. It particularly sums up how many of us knew her. A wise and self-less person. The Gesture of Love by George Eliot “Oh, the comfort, an inexpressible comfort of feeling safe with a person; having neither to weigh thoughts nor measure words, but to pour them all out, just as they are, chaff and grain together, knowing that a faithful hand will take them and sift them, keep what is worth keeping, and then with the breath of kindness, blow the rest away.”

Carol knew the Lord. She loved her church families at the Sutter Creek, CA Church of the Nazarene, The First
Baptist Church of Gold Beach, OR and the Seventh-day Adventist Church in Woodburn, OR.

We can truly celebrate a life well lived!

A few of the scriptures that meant a lot to Carol are;
Hebrews 13:5; “Never will I leave you; never will I forsake you”.
Phil 4:6; “Do not be anxious about anything, but in every situation, by prayer and petition, with thanksgiving, present your requests to God”.
Psalm 130:5-6; “I wait for the Lord, my soul waits, and in His Word, I hope; my soul waits for the Lord more than the watchmen for the morning, more than the watchmen for the morning”.

Carol’s family extends many thanks to the Perl Funeral Home in Medford, OR and the Daneri Mortuary in Jackson, CA. Carol will be laid to rest alongside her daughter and husband at Amador Memorial Cemetery in Pioneer, CA in a graveside ceremony on September 25, 2021 at 11 AM. Reception to follow at the Sutter Creek Church of the Nazarene.

To order memorial trees or send flowers to the family in memory of Carol Ann Messing, please visit our flower store.