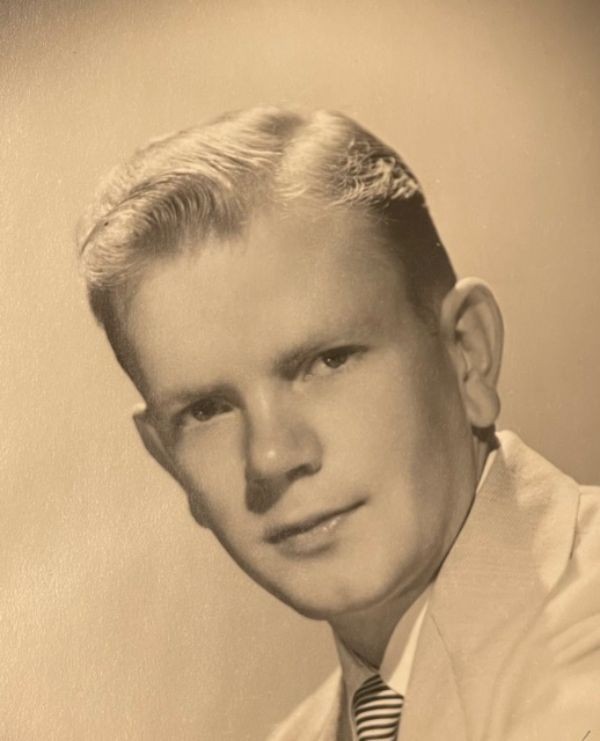 Our wonderful father, C.E. “Bud” Mahanay, slipped gently free of this earth on Sunday, June 27th, 2021 with his adoring family by his side.


Dad was born on October 9th, 1929 to Earl and Clara Mahanay in Imperial Valley, California. There would always be a special place in his heart for the desert, and all the parched beauty that came with it. He was a rambunctious, blue-eyed boy who taught himself to walk on his hands at an impressively young age. Eventually, he’d discover gymnastics in high school, which was a natural fit for his strength and talent. The rings and the high bar were the earliest loves of his life.

After high school, he went on to junior college, but had to drop out when his father had a debilitating accident. Dad went to work for the railroad for two years to lovingly care for his parents. He never complained, never thought twice about doing what was best for the ones he loved. A born family man, he always led with his heart. Which was why when he met a young, dark-haired beauty named Vera Frances, he fell in love immediately, knowing without a doubt that she was the one.

Dad was drafted into the Army during the Korean War, and was sent to Germany to serve as a helicopter mechanic. There was a gymnastics team off-base, and he was the first American invited to join. There, he would meet some of the closest friends of his life.

He came home in March of 1955, and in June, married Mom. Together they headed to San Diego State University where he studied journalism and competed in gymnastics at the collegiate level. After graduation, he and Mom saved for an entire year for a three-month honeymoon to Europe. This trip would be one of the most wonderous times of their marriage, and something they would re-visit in their memories over and over again.

When they came back at the end of that summer, Dad began a long and successful career as a copy writer and editor. He once held a top-secret government clearance when he worked for General Dynamics as the lead editor on contract proposals for fighter jets and submarine hunting aircraft. He also wrote a pamphlet for the United States Air Force on torque, that one Major called the best piece on the subject he’d ever read. Dad was a gifted writer, and had an amazingly creative mind. Combined with his work ethic, it seemed like there was nothing he couldn’t do.

In 1970, with their firstborn Erin in tow, Mom and Dad moved to Southern Oregon, which would be their beloved home for the rest of their lives. There, they had two more kids, Michael and Kaylie, and bought a ramshackle farm where they created barefoot memories that Huckleberry Finn himself would be proud of.

Those memories are swirling around in our hearts today. Along with all the love, and all the lessons he taught us, and eventually, his four sweet granddaughters, too. His compassion for the vulnerable, his unwavering loyalty, his tenderness with animals, his wry sense of humor, his devotion to his family and friends, his appreciation of nature’s wonders… All these things were gifts he gave us, that we will carry with us always.

The night before Dad passed, our mother saw a jet contrail, high in the sky, illuminated pink in the setting sun. She believed it was leading Dad’s spirit upward, where the air was clear and pure, and where we would all be watching from below. She believes, that like the bible says, he went first to prepare a place for us. And that one day, we will all be with this extraordinary man once again.

A memorial service for Bud Mahanay will be held at Ascension Lutheran Church on Saturday, July 3rd at 11 am. In lieu of flowers, those wishing to honor our father’s loving spirit, can consider making a donation to the Jackson County Animal Shelter or their local hospice.

To order memorial trees or send flowers to the family in memory of Bud Mahanay, please visit our flower store.