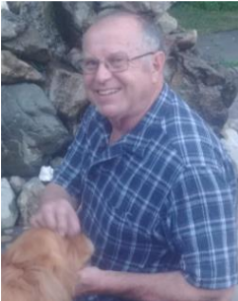 While Dan’s time on earth was short, his unwavering faith in God and his dedicated devotion to

his family and friends will last forever in the hearts of all those Dan lovingly embraced.

Dan was born to the late John and Marjorie Casad in Medford, Oregon, on June 8, 1951. His

throughout his life. Dan invited Jesus into his life and grew in his walk with the Lord at the First

Baptist Church in Medford. This Christ-centered foundation would serve Dan from an early age

and be his lifelong support. For many years, he served on the Deacon Board of Valley Bible

Fellowship in Talent, Oregon. From 1996-98, Dan and his wife Janie worked with Wycliffe Bible

Translators in Burkina Faso, West Africa. There Dan utilized his many mechanical skills to keep

the missionaries’ cars running, as well as manage the ministry’s operation and building

Dan attended Howard Elementary School and in the late 1960, his parents moved to the

Coleman Creek property next to his Mom’s birthplace built by Dan’s grandfather. There on this

and established his on-site automotive business. Dan attended Talent Junior High where he

years. For the next nine-plus years, he worked in the wood-products industry. Finally in 1988,

he ventured out to start his own business, Auto Surgeon Chassis, focusing on race cars and

street rods. Dan quickly gained a solid reputation for his automotive mechanical and

restoration work, race car and chassis design, and most of all his impeccable Christ-centered

integrity. On any day, vendors, customers, and friends could be seen in Dan’s shop deeply

the backdrop of these shared moments included vehicles in progress, God’s principles always at

the ready to be shared by Dan with the listeners gathered there. What all witnessed in these

many interactions was a man after God’s own heart, a man of uncommon integrity, and a man

with whom there is no guile.

His favorite verse was Romans 12:2: “Do not conform to the pattern of this world, but be

transformed by the renewing of your mind. Then you will be able to test and approve what

God’s will is—his good, pleasing, and perfect will.”

Dan met and married Janie Buckwalter, the love of his life in 1982. Dan cultivated loving

relationships and was blessed with a caring and compassionate family. He and Janie worked

together to assist in the upbringing of Dawn, Dan’s daughter from his former marriage. Their

expand the Casad family home on the Coleman Creekside property that Dan had built in 1976.

Little by little, he carved out the woods and developed the park-like setting with its

Thanksgiving Fountain and gardens. He recreated the “Cabin” from the modest little shed that

was home to his great-grandfather in the 1920’s. Creekside stands as a living testament to

many family, friends, and visitors from all over the globe as guests in the Creekside Cabin.

Dan’s greatest joy was his grandchildren and faithfully prayed daily for them. He encouraged his

daughter Dawn and son-in-law Matt as they instilled God’s love in their children. Often, Dan

and the western states always pointing the kids to the Creator.

Just two weeks before his passing, his pastor’s wife returned a Bible to Dan she’d come across

in the church library. This was not just “any” Bible; this was a Bible presented to him almost 60

years ago on his 8 th Birthday, June 8, 1959, by his parents. On the presentation page of this

Bible, his mother had directed his attention to this Scripture:

Psalm 37:18   “The LORD knoweth the days of the upright: and their inheritance shall be forever.”

How true! Dan’s time here on earth is over, but his eternal inheritance with Christ in heaven is

Dan was a Christ-centered, compassionate listener at heart. He was kind and well-spoken. His

caring and thoughtful insight was realistically framed. Dan always had time to answer a

question or help solve a problem, no matter how small. He is dearly missed by his loved ones,

who celebrate the fact that he is at peace with his Creator and alive with Jesus.

Macdonald, Sherry and John Webb, and their children, and the multitude of Casad cousins.

Rest in Peace my Brother…Love the Lord, and follow Jesus…and Keep on Keep’n on…

To order memorial trees or send flowers to the family in memory of Daniel Richard Casad, please visit our flower store.