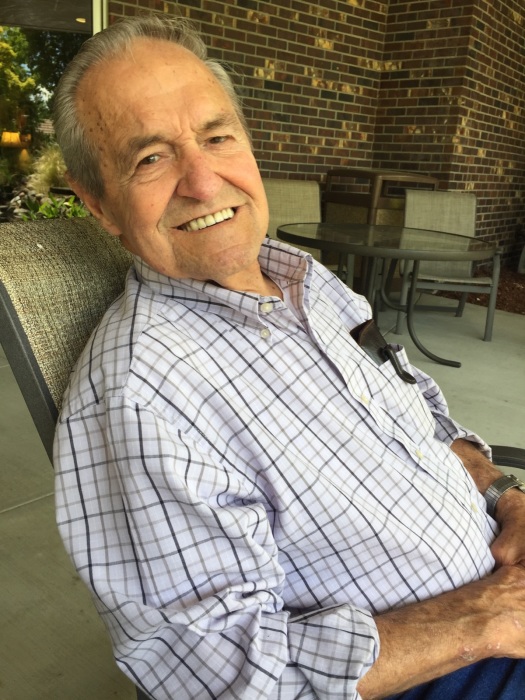 Darvin “Dar” Hugh Lasley, age 85, of Central Point, Oregon, passed away on Friday, May 24, 2019 at the Asante Rogue Regional Medical Center in Medford, Oregon. He was born in Red  Oak, Iowa on June 16, 1933 to Herrold and Blanche (Massengale) Lasley.  Dar spent his childhood  in Red Oak until he was drafted in the Army as a casualty replacement during the Korean War in 1953. He was stationed in Japan where he served 18 months with the U.S. Army Corps of Engineers.  After being honorably discharged from the Army, Dar relocated to Los Angeles, California where he worked in construction with his brother, Don Lasley. In 1965, Dar relocated with his family to Medford, Oregon, where he formed his construction company and  met the love of his life, Ruth Melinda Buckholtz, in 1971. Dar and Ruth married on July 30th, 1977 and lived in Central Point, Oregon.

Dar was an avid outdoor enthusiast, who enjoyed fishing, hunting, camping, horseback riding, shooting, and boating on the Rogue River. He enjoyed spending time with friends and most of all his family, of whom he cherished above all else. Dar was a consummate story teller, always eager to help anyone in need, generous to a fault, a protector, and an example of great integrity. Dar’s love and kindness will be missed  immensely by his friends and family.

A Celebration of Life potluck for Dar Lasley will be held at the Twin Creeks Park Band Shell, located at 555 Twin Creeks Crossing Loop, Central Point, Oregon on Friday, June 14, 2019 from 12-4 p.m.

In lieu of flowers, memorial contributions may be made to The Children’s Advocacy Center in Medford, Oregon.  Arrangements in care of Perl Funeral Home perlfuneralhome.com

To order memorial trees or send flowers to the family in memory of Darvin "Dar" Hugh Lasley, please visit our flower store.