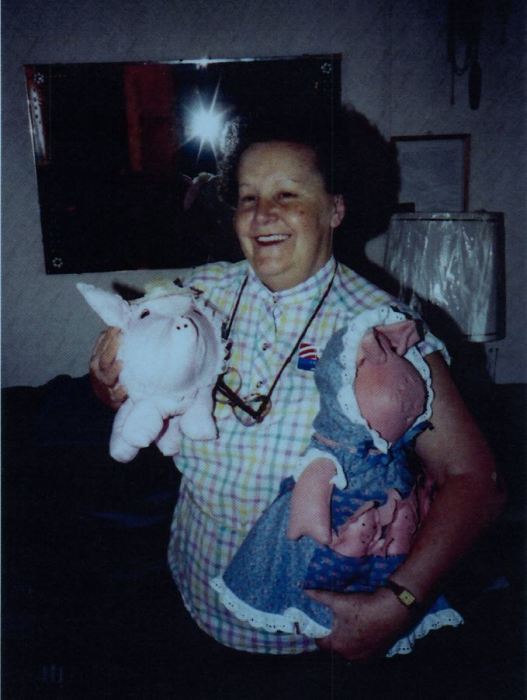 Delcie moved to Livingston, MT in the early 50’s where she met her husband, Lloyd R. Stalcup at a dance. They were blessed with 67 years together.

She is survived by her husband and four children. Elizabeth (Chuck) Rambo of Kennewich, WA, Carol (Robert) Rumenapp of Eagle Point, OR, Gail  (Dennis) Lind of Trenton, GA and Lloyd Stanley Stalcup of Eagle Point, OR. They were blessed with 13 grandchildren, 36 great-grandkis, and one great-great-grandchild. Delcie is also survived by a brother Henry Counts and a sister Anna Jean Miller, both of Livingston, MT.

Delcie enjoyed the outdoors and playing games with her grandkids, and great-grandkids. She usually won, and everyone says it is because she cheated. She didn’t she was just good at games. She was loved by everyone.

At her request there is no funeral and a memorial service will follow later.

To order memorial trees or send flowers to the family in memory of Delcie Mae Stalcup, please visit our flower store.