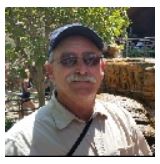 Donald W. Canty, 64, of Eagle Point, passed away unexpectedly at his home on March 15, 2019. Donald, "Don", was the youngest son of Robert and Geneva Canty (both deceased). He spent his childhood growing up in Jacksonville, where the days were filled with good times running around the countryside with friends and his two brothers. He later moved to Medford, where he briefly attended Medford Senior High School before meeting the love of his life, Deborah (Debbie), whom he married. Don spent many of his early adult years as an avid fisherman. He would frequently spend days at the river pulling out enormous steelhead and salmon, or he would go to Lemolo Lake and fish for German Brown Trout. Don had an incredible gift for understanding the inner workings of machines and being able to fix them, and he was very detail oriented. This lead to a 36 year long career as a mechanic for Harry and David. Upon retirement, Don enjoyed getting to go bowling regularly, getting to spend time at his home working on various projects, and spending time with his wife and family. Don will be missed for his ability to take charge of any situation, his quick wit and sense of humor, his uncanny ability to win at games, and his rough exterior but soft, gentle, caring, heart. He was a wonderful husband, father, son, brother, uncle, and friend.

A memorial service is planned for Tuesday, March 26th at 1:00pm at Perl Funeral Home in Medford.

To order memorial trees or send flowers to the family in memory of Donald W Canty, please visit our flower store.