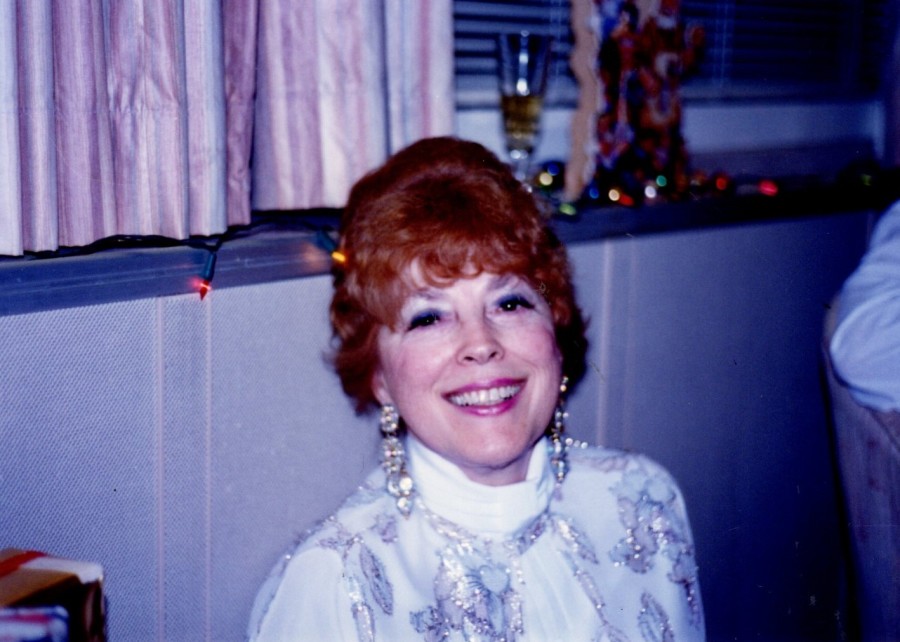 Donnis Lausmann peacefully passed away on January 29, 2020, after a long illness.

She was born February 1, 1932 in Winona, Minnesota to Harold and Leona Briesath, the eldest of five children.  After graduation from Winona High School, she was employed by Northwest Bell in Minnesota for several years.  While working in Rochester she met her late husband Jerry Lausmann on a blind date.  Jerry and Donnis were married in 1964 in Winona and moved to Medford the same year.  They were married for 47 years before Jerry’s death in 2012, a remarkable marriage of love, support, challenges and many happy memories.

Proud of her Norwegian heritage, Donnis was an enthusiastic, energetic, one of a kind woman.  She was actively involved in the Rogue Valley and worked tirelessly as a volunteer or sponsor of many organizations.  She especially enjoyed the years Jerry was Medford Mayor.  One of her favorite memories was greeting veterans at the local airport as they returned from service in the Gulf War.  She enjoyed reading with Jerry through SMART Readers program and sponsoring students at Washington School.  A past board member of Medford Providence Hospital, she was also involved with the Providence Festival of Trees, RV Symphony Guild, Republican Women, Westminster Presbyterian Church, Medford Chamber of Commerce, Medford Rogue Rotary, Medford Alba Sister City Association, Pear Blossom Festival, Medford Jazz Jubilee, Children’s Advocacy, a member of PEO and Junior League.  She also took an active role working in the family business, Kogap.

She loved music, playing the piano, reading, and playing Shuffleboard, Chinese Checkers and Dice.  Always  competitive and usually the victor.

She enjoyed the Oregon coast and their cabin at Rocky Point.

After Jerry’s cancer diagnosis and the many years of illness and disability that followed, Donnis lovingly and protectively devoted herself to his care.

A very special thank you to all of Donnis’ loving and kind caregivers.

Lisa, Michelle and Kelly;  all the wonderful staff of RV Manor Memory Support Center, and to Nancy and the Providence Hospice group.  Your TLC made such a difference in her life, your support is so appreciated.

Donations may be made in memory of Donnis to the Alzheimers Foundation of America.  Arrangements will be handled by Perl Funeral home 541-772-5488. www.perlfuneralhome.com

To order memorial trees or send flowers to the family in memory of Donnis Lausmann, please visit our flower store.