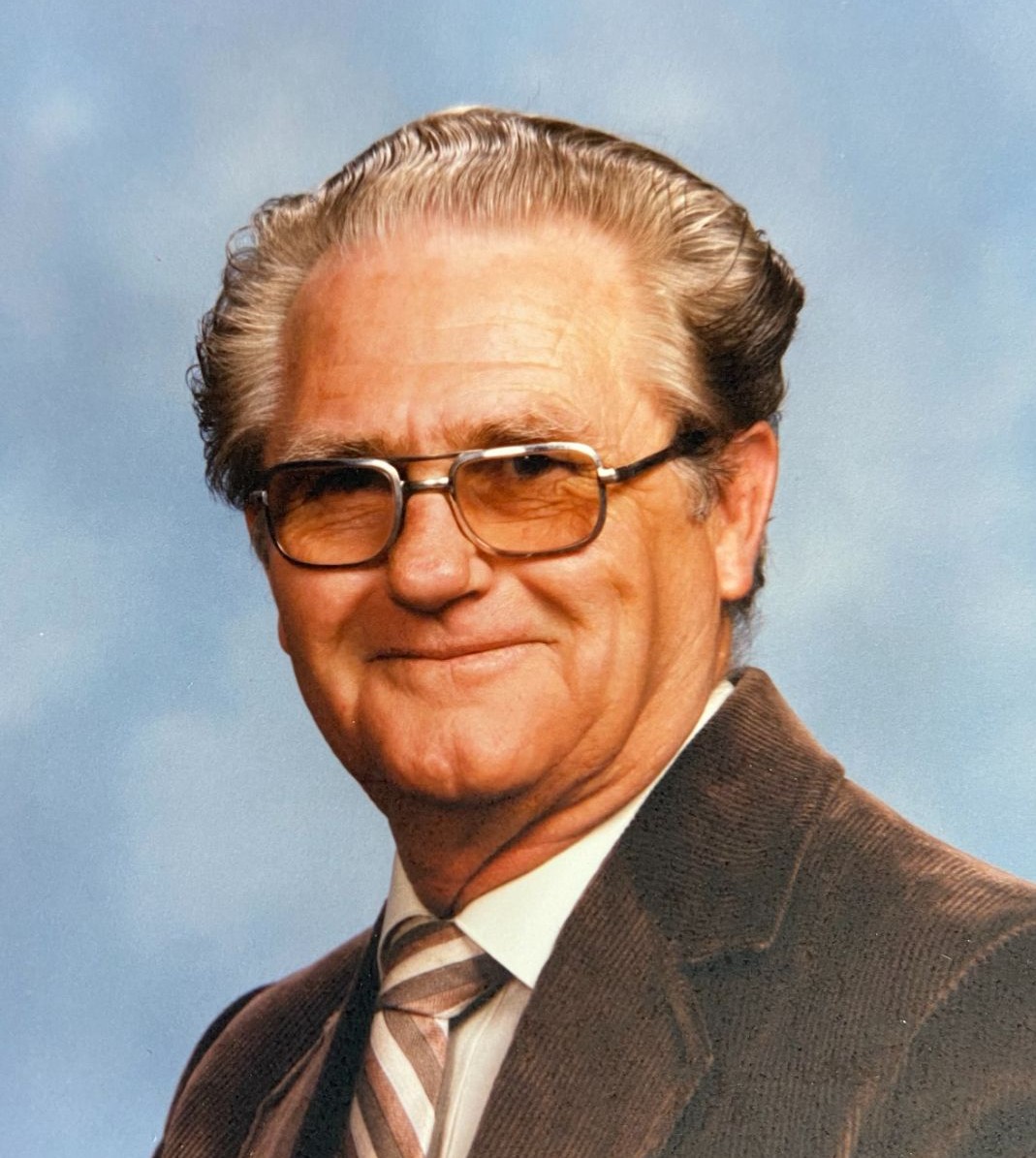 Earl (Oral C.) Ellison passed away on May 19, 2021, his birthday, at Asante Rogue Valley Medical Center surrounded by his family from complications following a heart attack. He was born on May 19th,1933 in Stuart, Oklahoma to Jonathan A. and Davette Lanham Ellison, the third of eight children. During WWII, the family moved to National City (San Diego) where his father worked in the defense industry. After WWII and a short stint back in Oklahoma, the family settled in Tulare, California, attending Tulare High School. After high school he worked at Shipley’s Cold Storage then at Chevron Stations. He married Betty Byrd on July 19th, 1952 at Tulare Nazarene church. Their first child, Michael, was almost two when they relocated to Torrance, CA., where their daughter, Gail was born and where he worked as a machinist at Douglas Aircraft and then at Cleveland Pneumatic. In 1960, the family moved to Bakersfield, California where their third child, Kember, came along. There he owned a Richfield and later a Beacon station. During this period, Earl went to night school where he studied upholstery. After he completed his studies, he then went on to work at Montgomery Wards upholstering cars, boats, etc.

In 1971, Earl and Betty made the big decision to leave California and move to Oregon. There they purchased a 57 acre property above Sam’s Valley, OR. Earl began his career as an automobile salesman working at Crater Lake Ford in 1971 and worked there until he retired in 1982. Betty and Earl decided they weren’t farmers and moved into Medford in 1974. Earl was active at First Nazarene church in Medford where he served as a greeter, was part of the cookie ministry and helping with Super Suppers.
Earl is survived by his wife of 68 years, Betty (Byrd), his son Michael Ellison (Elizabeth) of Santa Cruz, CA, daughter Gail Walker (Wayne, deceased), Boise, ID, and daughter Kember Dollarhide (Bob), of Medford. He is also survived by 11 grandchildren: Kyle Ellison (Maya), Jaimi Ellison Jensen (Beau), Maitreyi Ellison Sanchez (Emanuel) , Nathan Walker (Sherri), Sarah Walker Wandling (Dax), Rachel Walker Wickstrom (Brandon), Julia Strickland Cuppy (Adam), Thomas Strickland (Ellaine), Michael Dollarhide (JiAna), Bryan Dollarhide and Ashton Craig. He also has 15 Great grandchildren: Calais and Beckett Walker, Cormac and Jude Wickstrom, Devon and Elijah Ellison, Amelia and Kalani Sanchez, Lilith and Arlo Strickland, Charly and Emory Cuppy, Cypress and Gavin Dollarhide, and Logan Craig. Also surviving him is his brother, Erva Ellison of PoPock, AZ and many nieces and nephews as well as other relatives and friends. His 15th great grandchild, Emory, was born on his birthday, the day he passed away.
A celebration of life will be held at 1:00 on July 10th, 2021 at the New Life Nazarene Church, 1974 McAndrews Road in Medford, Oregon.

To order memorial trees or send flowers to the family in memory of Earl Ellison, please visit our flower store.