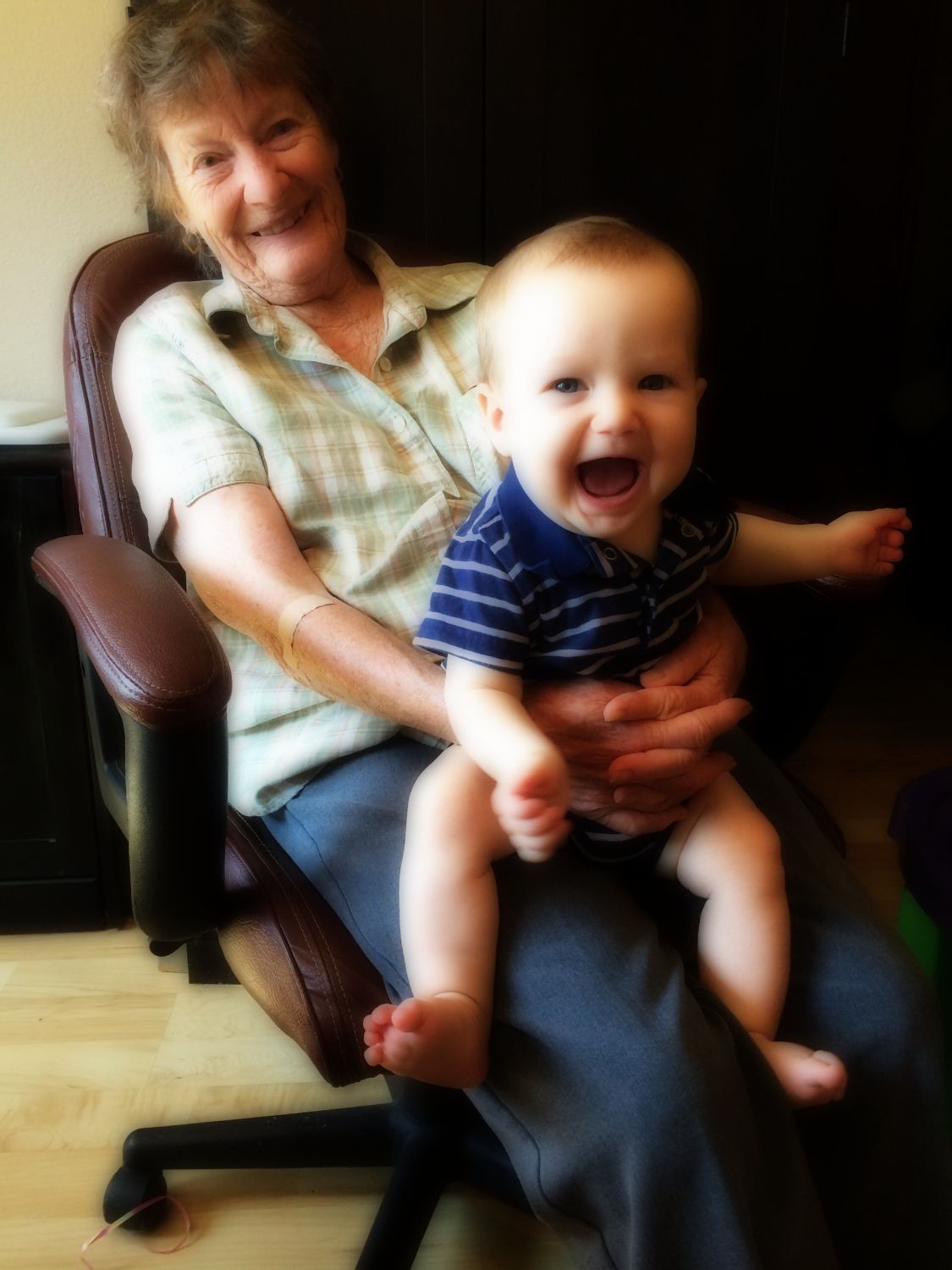 She was a small but powerful and independent lady with lots of energy and interests, but who was above all, devoted to her family.
In her humble way, Jeri set an example of perseverance, positivity, graciousness, faith, and always looking towards the excitement of what the future could bring, and not dwelling on past sufferings or injustices.
Jeri was always willing to drop what she was doing to rush to a family or friend who needed her, even if she had to travel or get up in the middle of the night to assist with a task, provide comfort for one's grief, rescue from a stranded car, or hold your hand and take care of you when sick.

Jeri was born in Kansas City, Missouri on August 19, 1936 and passed away from lung & liver cancer at 85 years old.
During her last year, as she became weaker, she wanted to “do things”, but wasn’t able to, and she commented often as she struggled to walk, “This is stupid.”
Even in her weakened state, she kept her somewhat feisty humor and made us laugh. Jeri was cared for greatly by her daughters and grandchildren, and as her illness became more intense, we all continued being inspired by, and learning life lessons from her, as she quietly dealt with her illness. Her pets … two dogs, Sugar and Athena, and two cats, Jeffy and Monkey, were great comforts for her … they were all her “babies”.

When Jeri first became a young mother, she worked in the Bob’s Big Boy chain restaurants in Southern California. She pinched pennies to provide well for her children, & purchased her first home at age 26.

After moving to Oregon, Jeri had a variety of jobs, and was especially known by the community for her wonderful attentiveness and customer service as a cashier at Safeway in Ashland. Customers would specifically choose her line, even if other lines were shorter.

Jeri developed a passion for ballroom dance and became an instructor at the Evergreen Ballroom in Medford, and at various retirement homes and public schools. She inspired many children to love dancing, and to continue with it as adults.
She was also an amazing and precise professional seamstress, who made adorable dresses and costumes for the children in the family, dance costumes for local dancers for competitions … even on TV, wedding gowns, and many other items.
Her last, but important sewing project was her granddaughter’s perfectly-fitting wedding gown and bridesmaid dresses.
Mom also loved gardening and watching the progress of every flower as it came into bloom in her garden. When we went to her house, a homey cottage which is “over-the-river-and-through-the woods", the first thing she would say was, “Come look at my flowers!” and we’d take a tour of every bloom in the yard.

After conquering many of life’s difficulties, Mom’s faith continued to strengthen and grow, and she remained confident and excited about the future. During the last year or so, she felt her body weaken, and anticipating she wouldn’t be on the earth a lot longer, Jeri began to look forward to seeing her mother in heaven. She reflected on her mother’s end of life, and understood why her mother, Nettie, was content just to stay at home, not interested in shopping, or even sight-seeing.
Mom began to be content at hearing the birds sing, cuddle with her pets, sit outside and enjoy the sound of the creek and the warmth of sunshine, and the visits of her family.

As her daughters cared for her, Jeri’s extended family members began to visit more often from farther distances to show how much they loved her, and to enjoy being with her while there was still time. The grandchildren played music and sang sweetly to her as she weakly smiled and gestured her approval.

Jeri left her mark forever on her family, friends, and even acquaintances. Among those of us who remain are three daughters, Robin, Debbie and Sandy, five grandchildren (and a sixth who passed away a few years ago), ten great-grandchildren, and five nieces and nephews.
We are sure Mom is having many new adventures, projects and fun in her new life in heaven.

To plant memorial trees or send flowers to the family in memory of Jeraldine (Jeri) Capuzo, please visit our flower store.

Your condolence is awaiting moderation. Once approved it'll appear in the guestbook.

No service information has been added.