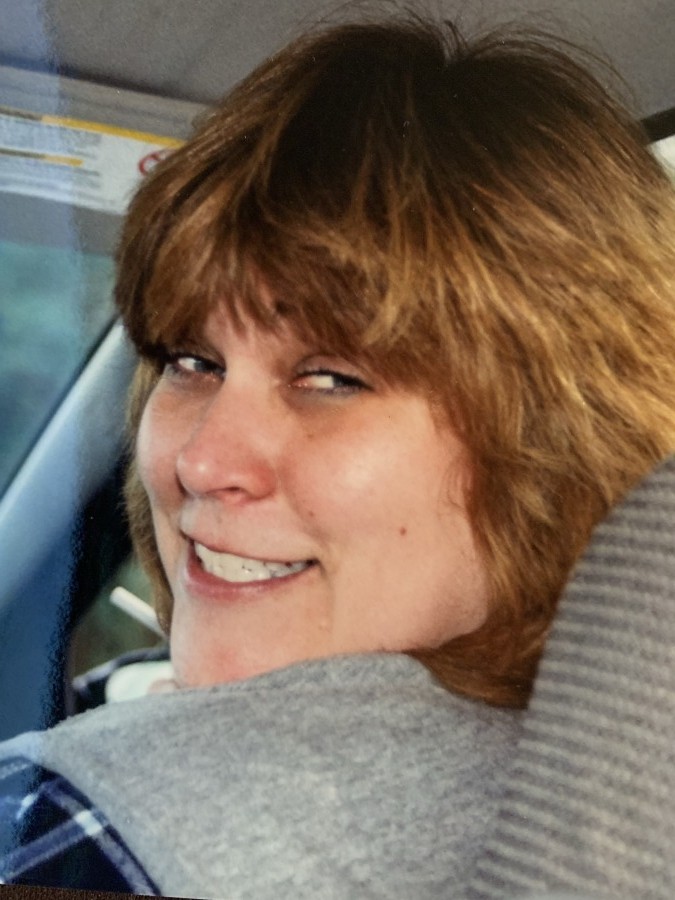 Jeri Adele Zimmer (Mortinson) passed away peacefully in her sleep on February 18, 2019. Always the one to make others laugh, Jeri’s first practical joke was being born on April Fool’s Day in 1965, to mother Patricia and father Orin (Bill) Zimmer in Medford, Oregon. She was the youngest of five siblings, preceded by twin sisters Jackie and Jan, brother Joe, and sister Jeanne. Jeri was raised in the Church of Jesus Christ of Latter-Day Saints, and attended school at Patrick Elementary School, Hanby Middle School, Scenic Middle School, and Crater High School. Jeri was the free spirit of the bunch, and at the ripe old age of 16, she thought it was as good a time as any to get hitched. On September 19, 1981, she married Robert Mortinson in Carson City, Nevada. A mere 9 months later, they welcomed their first son, Michael Lamonte, on June 21, 1982. Two years later bore the arrival of a second son, Lucas Scott, on June 29, 1984. In the beginning of 1989, the family made the migration north to Wilsonville, where on March 23, 1990, they welcomed the last of the brood, Jacob Tyler.

While living in Wilsonville, Jeri discovered her calling to care for others and opened an in-home daycare, where she looked after countless children from the community, providing them a safe and loving environment while their parents were at work. After the family moved back to the Rogue Valley in the summer of 1997, Jeri began work with the Rogue River School District, working as a teacher’s assistant and special needs instructor.

Jeri and Robert divorced in 2001, but remained close friends all the way until her passing. Over the course of the next few years, she worked various jobs, including running the local watering hole, where the locals were immediately as captivated by her as the rest of the world was. For the last few years of her life, Jeri again devoted herself to what she felt called to do, taking care of others. She worked as an in-home caregiver, most notably for her own parents up until her final day. She deeply loved those around her, and was ecstatic to reconnect with her children last summer, getting to meet her two grandsons.

A Celebration of Life will be held on Saturday, February 23, 2019 at 2pm at the Ivy Street Chapel of the Church of Jesus Christ of Latter-Day Saints, 648 Ivy Street in Medford. Jeri is preceded in death by her brother-in-law, Gary Reed. She is survived by her parents, Bill and Pat Zimmer; her siblings, Jackie Reed, Jan and Greg Smith, Joe and Kelly Zimmer, and Jeanne Vitus; her ex-husband, Robert Mortinson; her children, Michael Mortinson, Lucas and Megan Mortinson, and Jacob Mortinson; four grandchildren and 23 nieces and nephews.

To order memorial trees or send flowers to the family in memory of Jeri Adele Zimmer (Mortinson), please visit our flower store.