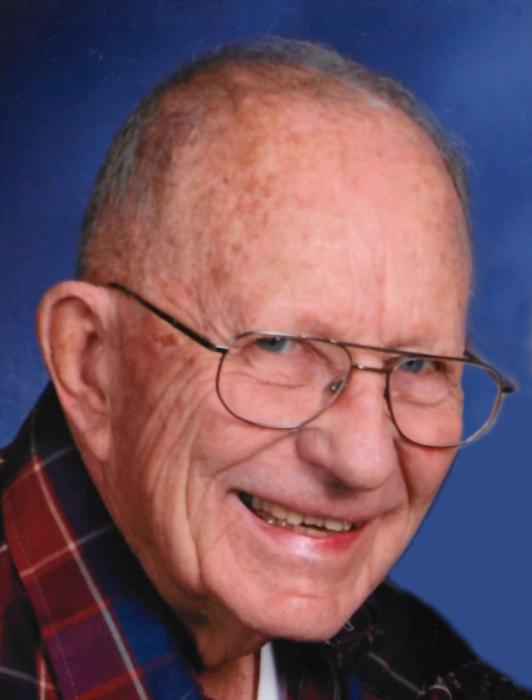 John was born outside Boulder, Colorado in 1928 to John D. and Laura Poe. He was youngest
with an older sister and brother, Clarabelle and Dewey.
Formative Years
His family soon moved into Boulder proper and he began at age 8 contributing to the family’s
Depression Era finances by raising rabbits, with his father’s guidance. He then became
fascinated with the Model A and Model T Fords the college kids next door rebuilt. They were
happy to teach him and let him work, freeing them to study. This led to his lifetime passion of
working with all types of compression engines.
At age 14 his parents moved to Southern California to work in the war production. He worked
after school learning various trades. Unfortunately, his parents divorced a year later and each
left thinking the other would take care of him. He worked several jobs while trying to attend
school and pay rent on the home his parents left. The truant officer and social worker caught
up with him with plans for Foster Care. One of his bosses helped him to return to Colorado
where he lived with his grandparents and father—never again attending school.
After several trade attempts, he obtained a job with the City of Boulder plowing and grading in
the high Rocky Mountain passes, living in a cabin in Ward, Colorado. He drove a next
generation 4WD truck—a new vehicle for its time. He grew tired of the constant snow and
returned to Boulder to work for Crow Bros. garage when he was served a notice he would soon
be drafted.
Military and Later Career
In 1949 he was shipped to Okinawa as Corporal to manage the fleet of vehicles for the U. S.
Army Signal Corp. While deployed he lived through two monsoons—not fun when you did not
know how to swim, lost several close friends while they all were under fire or pulling guard
duty, and began his Christian walk of faith.
When he was discharged he worked again for Crow Bros. while his application was being
processed to work as a Diesel mechanic for the U.S. Department of Commerce – Bureau of
Standards in Boulder.
On his down time he would still hang out at the Crow Bros. garage and one of the brother’s
wives decided to fix him up with a date—to the point where she had Eleanore’s father drive her
from their country farm to her home for dinner. Of course, this left Johnny with the duty of
taking her home. It was instant love and the love of his life, Eleanore (Pounds), married him in
1957. They followed with two children – Doug and Cherri.
With his various tradecraft he was occasionally pulled upon to work on several research
projects—adapting engines, mechanics and fabrication. This continued throughout the 60s and
70s in Colorado and New Mexico.

The U. S. Government created the General Services Administration Agency to manage
government equipment and buildings. He was tapped from the Bureau of Standards to create a
vehicle pool in Boulder. They later decided to consolidate it with Denver and he was
transferred to Las Cruces, New Mexico. While there he worked at White Sands and traveled to
Phoenix, Denver, and San Francisco to work on a “dual fuel” project with scientists and
automobile engineers to fabricate car fuel tanks that could use gasoline or natural gas. (This
was at the pre-set of the 1970s gas shortages.)
John and Eleanore applied for transfers, not wanting to live in the desert. A transfer was
accepted to move to North Bend, Oregon, where he became a fleet manager of vehicle
equipment on the Oregon Coast. This was his favorite job—being a sole manager setting up
contracts with vendors and hauling equipment stuck in remote locations. When he completed
the setup he learned he was to be transferred every two years to other locations including
Alaska.
Crestfallen, he put his family first and was transferred to Medford, Oregon, to work as an
assistant shop supervisor. He and Eleanore fell in love with the Rogue Valley and happily lived
out their lives in the Rogue Valley for more than 44 years.
Family
John was a family man. He spent his Saturdays tinkering on the family cars, then shooting
hoops, batting a tennis racquet, and other activities with his children. Whenever possible the
family camped. Eleanore ensured the family was deeply involved in the churches they
attended. This often led to John helping build or maintain a church building or church bus. He
developed a close bond with many kids as “hall monitor” at the Medford Friends Church.
He was a good example of assisting others for his children. This first started with moving
Grandpa Pounds from one boarding house to another (after he moved off his farm and was
unhappy) on a Saturday morning and then spending the evenings with his Dad and Marguerite.
If the kids were good, a Dairy Queen ice cream cone was the reward. Until he was no longer
able, he assisted neighbors with small projects in his mobile home park.
Camping/Campground Hosting
John and Eleanore loved the outdoors and when he retired they traveled the U. S., came home
then worked at Yellowstone and Rocky Mountain National Parks for several years. After that
they volunteered to campground host at Oregon State Parks on the Coast for a couple of
years—often accompanied by their grandkids. They last hosted at Union Creek where they
were featured in the Mail Tribune, July 19, 1992.
It was a bonus to have their grandkids join them while they hosted.

When the hosting became too taxing for Eleanore, John chose to work a bit as a security guard
and as a Medford Airport security screener. When Eleanore’s health began to decline John
faithfully took care of the love of his life—giving her tender care.
After Eleanore succumbed on December 24, 2013, John faithfully attended the Central Point
Senior Center each day. He often helped the ladies with moving boxes in the gift shop and
aiding them getting out of their cars—when they let him!
John is preceded in death by his siblings, Clarabelle (Bud) Jacobs and Dewey (Twila) Poe. Also
his inlaws, Nina (Glenden) Hess , Lloyd (Lenore) , Mildred (Joe) Dillehay, and Floyd (Carol)
Pounds.
He is survived by his son Doug (Teri) Poe of Grants Pass and his daughter Cherri Poe of North
Bend, Washington; along with his two grandchildren: Jason (Jenny) Poe of Medford, Oregon
and Angie (Bill) Johnson of Grants Pass, along with their four children, and all his nieces and
nephews.
He will be sorely missed. Donations in his name can be given to Central Point Senior Center,
Medford First Church of the Nazarene, or Disabled American Veterans.

To order memorial trees or send flowers to the family in memory of John Raymond Poe, please visit our flower store.