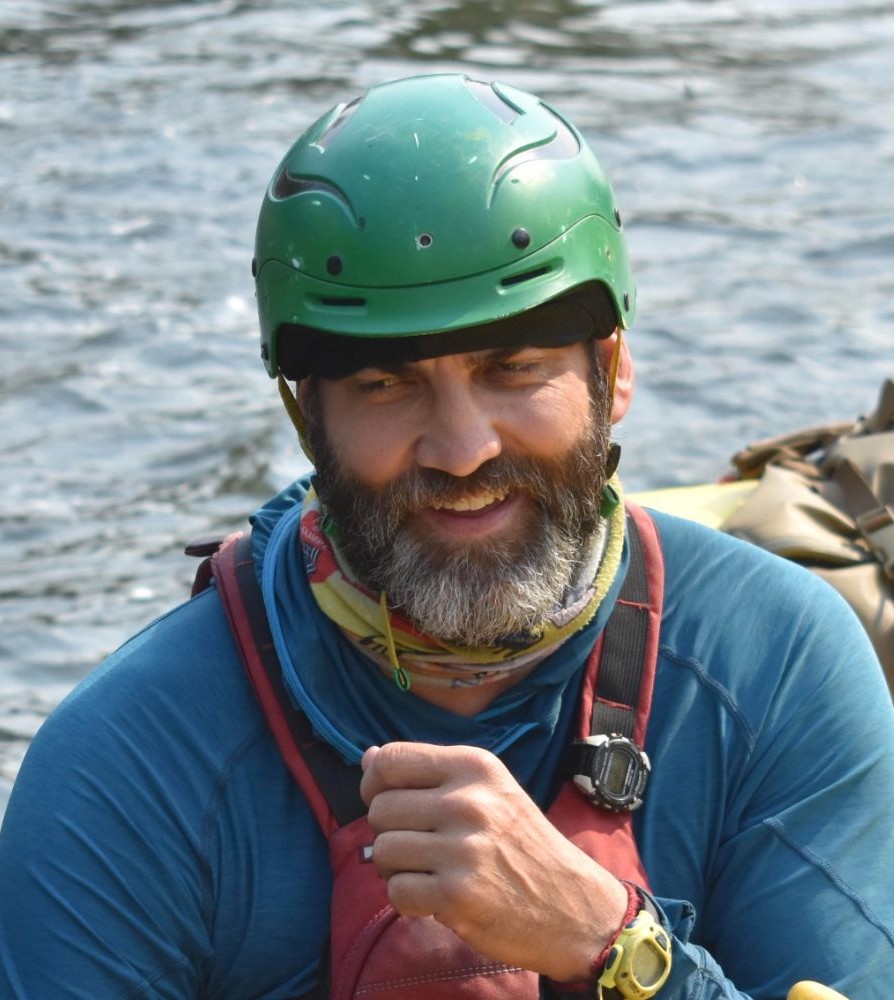 Joseph David Hatcher died unexpectedly on May 29th, 2021 while whitewater kayaking on Upper Cherry Creek in California. Joseph was born on May 11, 1974 in Morgantown, West Virginia. He graduated from West Virginia University with dual degrees in Electrical and Software Engineering. He leaves behind his wife and partner of over 20 years, Jamie, as well as four daughters; MacKenzie, Isabella, Zelia, and Lucie. Joseph was the son of Bonnie Wagner, and Joyce and Joe Hatcher. He was the youngest of four, and is survived by his three sisters Drema, Deborah, and Bonnie. Towering over the rest at 6’4, Joseph was a lifelong basketball player, and took pride in coaching his youngest daughter’s basketball team. While Joseph worked full time as a computer engineer for Fire Mountain Gems and Beads, he truly lived for the time when he could recreate with his family and friends. He was constantly scheming up trips, planning logistics, tinkering with gear, and venturing out into the mountains and rivers. He worked as a raft guide for over twenty years both in Southern Oregon and on the East coast, and he spent winters on the volunteer ski patrol at Mt. Ashland. He especially loved sitting behind the oars while taking his family on multi-day rafting trips, and sharing space with his daughters on the ski slopes or in kayaks on the river. His patience and love and appreciation for a good bargain, hot dogs with cheddar cheese over a warm fire, and dad jokes will be deeply missed.

In lieu of a memorial or flowers, please make any donations to American Whitewater in Joseph’s name, and share a memory or photo with Jamie and his daughters.

To order memorial trees or send flowers to the family in memory of Joseph Hatcher, please visit our flower store.