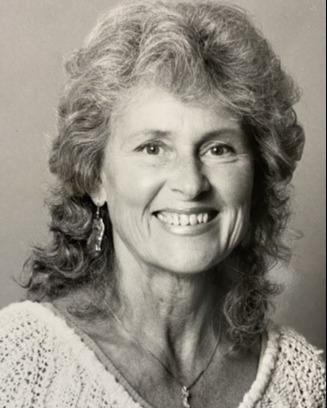 Hand delivered by a local florist

Joy Maxine Adreon, 95, passed away on the evening of December 25, 2022, in Medford, OR. A loving daughter,
sister, wife, mother, grandmother, and friend, Joy embodied her name and brought a vibrant spirit wherever she
went.

Joy was born in Amish country on March 12, 1927, in Ligonier, Indiana to Russell Enis Jones and Marjorie Elma
McGowen, and was raised in Fort Wayne, Indiana until her family moved to Klamath Falls, Oregon when she was
19 years old. She met Merlyn Leon Adreon, the love of her life, in 1946 after moving to Oregon and they were
married on August 28, 1948, in Las Vegas, NV. They were married for 67 years before Leon’s death in 2016.
Joy lived life abundantly and took part in any activity she could. She loved playing and watching softball, bowling,
ice skating, singing, and dancing. She was an artist, a crafter, and would never be caught without her camera. Joy
found beauty in all things and made friends wherever she went. She loved traveling with her husband in their
motorhome and they would often be found in Tahiti, Mexico, Alaska, Hawaii, Indiana, and Arizona. The miles they
traveled were remembered fondly and the stories they told kept family and friends constantly entertained. Perhaps
most of all, Joy loved camping at Crescent Lake with her husband, children, grandchildren, great-grandchildren, and
many friends.

Throughout her life, Joy took pride in being involved as a volunteer and participant in many organizations, such as:
Thousand Trails, Pelican Pipers Singing Group & Sweet Adelines, Good Sams RV Club, Beta Sigma Phi Sorority,
Pioneering in the Pines, Providence Festival of the Trees, and the Medford Jazz Festival. She was Miss Klamath
Falls in 1947 and later appeared at the first Miss Oregon Pageant, is a member of the Medford Women’s Bowling
Hall of Fame, was a member of Ascension Lutheran Church in Medford, modeled for many years, and worked as
an assistant ambulance driver with her husband when they lived in Klamath Falls.

Joy is survived by her sons, Bradford Leon (Cathy) of Hoodsport, WA, Mark Lee of Seattle, WA; daughters, Tonja
Joy of Plainview, TX, Lonna May (Doug) Engle of Talent, OR; grandchildren, Travis, Ryan (Beth), Nicole, Talia,
Daniel (Jody), Adrienne (Nick); 8 great-grandchildren; sisters, Bonnie of Eagle Point, OR, Peggy of Klamath Falls,
OR, Patti of Roseburg, OR; daughter-in-law Linda, and many nieces and nephews. Joy was preceded in death by her
husband, Leon, her parents, her brothers, Frank and Byron, and her grandson, Eric.

Joy’s family would like to extend the warmest gratitude to Lupe and Kiki at Pacific Rose for taking such wonderful
care of Joy in her final days. A celebration of life will take place on January 28, 2023, at 11:00 am at Ascension
Lutheran Church at 675 Black Oak Dr in Medford. In lieu of flowers, contributions may be sent in memory of Joy
Adreon to Food & Friends at PO Box 3275, Central Point, OR 97502.

To order memorial trees or send flowers to the family in memory of Joy Maxine (Jones) Adreon, please visit our flower store.