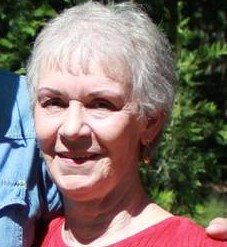 She was born March 2, 1939 to Wayne Andrew Milligan Coe and Lily Maurine Rommel Coe in Klamath Falls, Oregon, where she started school at Fairview Elementary School. When the family moved to Central Point, she attended Central Point schools, graduating from Crater High School in 1957. It was there that she met Richard Davis, whom she married on June 22, 1958. Their love story would continue for 60 years.

Kathryn is proceeded in death by her parents, her sister Helen Louise Milligan Coe, and her son Richard Mark Davis.

Kathryn dedicated her life to her family and her home. She loved family gatherings, her garden, her dogs, Oregon State University, the San Francisco Giants and the Portland Trailblazers. She was an excellent cook and taught her daughters to sew, cook, and home preserving.  She and Richard enjoyed traveling around Oregon, to National Parks, Mexico, and taking cruises through the Alaskan Inside Passage, the Panama Canal, and the Caribbean. She was very proud of her grandchildren, and recently had attended her granddaughter Kelly Albrecht’s graduation from OIT and her grandson Thomas’ wedding.

A graveside service will be held at Siskiyou Memorial Park in Medford on Friday, November 2 at 2 pm.

To order memorial trees or send flowers to the family in memory of Kathryn Elaine Milligan Coe Davis, please visit our flower store.