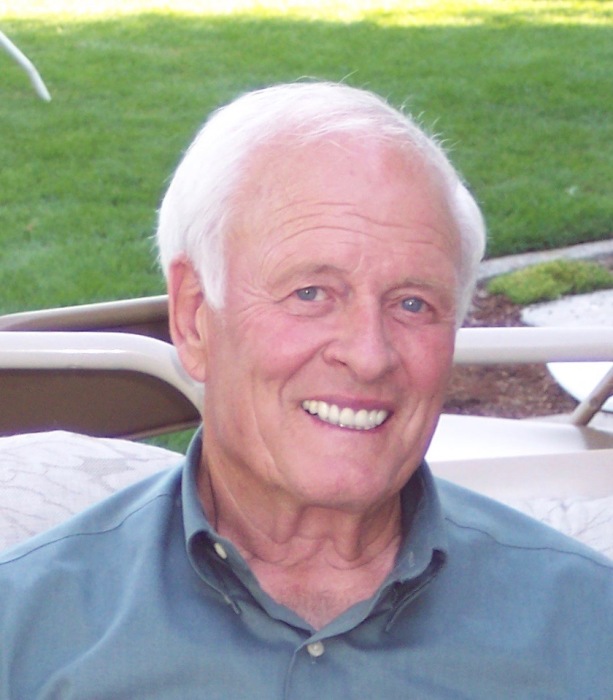 Kendall Bryce Christy, 85, passed peacefully in his sleep at his home on Easter Sunday, April 1, 2018.

Kendall was born on July 10, 1932 in Las Animas, Colorado to Clarence D. Christy and Fern Jeannette Carpenter Christy.  He was the sixth of seven children, four of whom preceded him in death.

Ken graduated from Forest Grove High School in 1950 and moved to Los Angeles, California in 1952 with wife Patricia Mills, where he learned the electrical trade from his oldest brother, Quentin.  It was here in L.A. their three children were born.

On August 25, 1967, Kendall married Ruth Ann Gedeon.  They moved their family to Medford, Oregon in 1970.  Ken became a Master Electrician, where he contracted with the Dept. of Defense at numerous military bases nationwide, requiring Top Secret Security Clearance.  In his spare time, he enjoyed traveling abroad, outdoor adventures, flying his small airplane, and hosting large family gatherings.  He had an infectious sense of humor and loved sharing amusing stories.  He was also blessed with abundant talent, not only as a gifted sketch artist, but he could build just about anything!  First and foremost, Ken and Ruth’s greatest joy was time spent with their eleven grandchildren, gently teaching, guiding, and loving.

Ken served the Lord as a member of the Medford Seventh-day Adventist Church and supporter of Rogue Valley Adventist Academy for 48 years, where he generously volunteered his electrical expertise.  He was proud to be called Grandpa Christy by many children in his church family.

Ken’s celebration of life will be held on Saturday, April 21 at 4:00 pm at the Medford Seventh-day Adventist Church, 1900 Greenwood St.  All family and friends are invited.  In lieu of flowers, the family requests contributions in Ken’s behalf be made to the church’s Community Service Program.

To order memorial trees or send flowers to the family in memory of Kendall Bryce Christy, please visit our flower store.