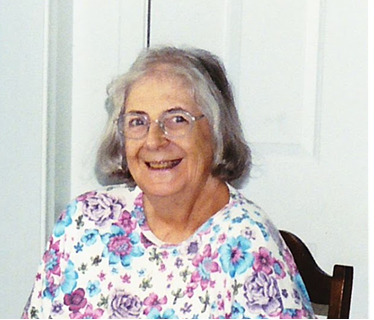 Betsy died peacefully at Rogue Valley Hospital on December 6th, 2018.  She is remembered as a wonderful mother, grandmother, and great grandmother who put Christ first in her life. She is survived by her two children, five grandchildren, and 9 great grandchildren

Betsy was born on July 25, 1936 to Jack and Margaret Cramer in Los Angeles, California.  She attended Dorsey High School and was a member of the Sea Scouts.  She continued her educational journey at Fort Lewis College in Durango, Colorado where she studied Animal Husbandry.  She continued her studies in Fine Arts at Southern Oregon State College, and continued to create art until her later years.  She was also an accomplished pianist, and often played for pleasure, for sing-alongs, or for worship services.

While she did not degree, she did meet her future husband.  She was married for 27 years and raised two children, eventually settling in Central Point, Oregon.  She was devoted to her family, church, and community, and served as a Sunday school teacher, Vacation Bible School teacher, Girl Scout Leader, and other children’s activities.

In her senior years, she moved to Lompoc, California to be near her grandchildren, only returning to Oregon after they had been raised.  She settled again in Medford where she continued to be active in her church.  As she required more care, she moved into Northridge Center, where she continued her walk with the Lord and played the piano for her fellow residents.

To order memorial trees or send flowers to the family in memory of Margaret Elizabeth (Betsy) Johnson, please visit our flower store.