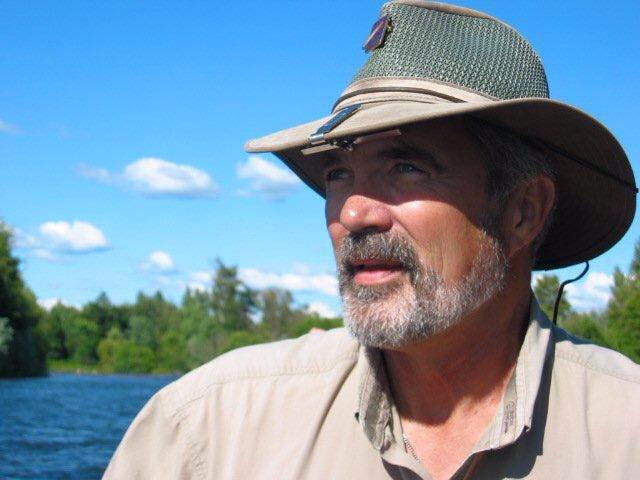 Mark was born to Rod and Betty McGinnis on March 18, 1948 in Portland, Oregon. He attended Southern Oregon State College studying Business Administration until he joined the U.S. Army and proudly served in Korea as a Movement Specialist and Freight Traffic Agent.  He married his best friend and “catch of his life” Sheila Hutchinson on April 25, 1970 and immediately moved to Fort Eustis, Virginia until his service in the Army was completed. Once they returned to Oregon in 1971, he began his 38-year career in Telecommunications. He worked as an Installer, with various positions in between, and retiring as Managing Outside Plant Engineer and Contracted Engineer with Pacific Northwest Bell, US West Communications, Quest, and CenturyLink. His Fiber-optics work can be found in projects in cities up and down I-5.

Mark’s encore career as a Fly Fishing Guide on the Rogue River was a huge joy for him, allowing him the opportunity to share with others his love of the great outdoors and the art of catch and release.   He was a member of Rogue Flyfishers and Fly Fishers International and received several awards including 1st Place in the Rower Guide Award for Oregon State Steelhead Championship & Fly Fishing Challenge.

A gentle soul with a witty sense of humor, Mark had warmth that was welcoming to all.  He loved Jesus; a country song with a good story; the sound of the river; target shooting; a big black lab named Hoppy; fine scotch; his shop full of family treasures and his greatest joy, his grandkids. As a big guy with an even bigger heart, his friends were his family.  Mark was an avid landscaper and was known for his meticulously well-kept roses that he always said were “for Sheila.” He honored his fellow Veterans by donating fishing trips and supporting the Wounded Warriors. He was a member of the Wounded Warrior Project and the National Rifle Association. He had a profound respect for his country. He loved his church, Ashland Christian Fellowship, and his role as an usher. His love ran deep for his daughters, sons-in-law and his grandchildren. He spared nothing when it came to investing in them with his time, love, laughs, and lessons.

He leaves behind his wife and best friend of 48 years, Sheila McGinnis, his daughters and sons-in-law, Lee & Brian Aguilera, Laurie & George Puente, and his grandchildren, Austin and Beau Aguilera, Gracen and Ella Robinson and Harrison Puente. He is also survived by brothers Neil and Scott McGinnis and their families.

A Celebration of Mark’s Life will be Saturday, September 29, 2018 at 2:00 pm at Ashland Christian Fellowship 50 W. Hersey Street, Ashland, Oregon.

In lieu of flowers, please consider donating to his favorite charity, woundedwarriorproject.org

John 11:25 I am the resurrection and the life. He who believes in Me, though he may die, he shall live. 26 And whoever lives and believes in Me shall never die.

To order memorial trees or send flowers to the family in memory of Mark Patrick McGinnis, please visit our flower store.