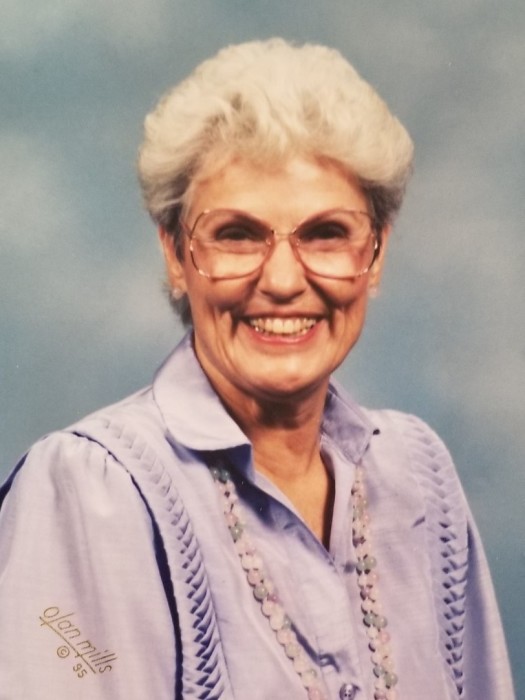 Mary was born May 11, 1930 in Eugene, Oregon.  She was the middle child of Harold R. Adams and Effie Weekly Adams.

At age three her father was killed in an unfortunate airplane accident as a pilot for United Airlines.

Soon the family moved to Medford and bought a home at 420 S. Grape St.

As result of that marriage five sons were born.  Jeff (Shari) of Medford, Nick (Mercedes) of Hamilton, MT, C. Bradford (deceased), Isaac (Leesa) of Corvallis and Eric (Vicky) of Medford.

Mary believed in giving to the community and served for several years on the board of Community Works and many years as a member of Community Concert where she also served as President.

She was both local and state President of Alpha Delta Kappa teacher’s sorority.

Both Mary and Chuck are retired teachers from the Medford School District.

Mary was preceded in death by her parents Harold and Effie Adams, her son C. Bradford Jones, sister Nancy and brother Hal.

She is survived by her husband Chuck, four sons, six grandchildren, eight great grandchildren and several nieces and nephews.

A memorial service and reception will be held May 4th at the First United Methodist Church, 607 W. Main St. at 11:00 am.

Interment will be at Siskiyou Memorial.

To order memorial trees or send flowers to the family in memory of Mary J Jones, please visit our flower store.