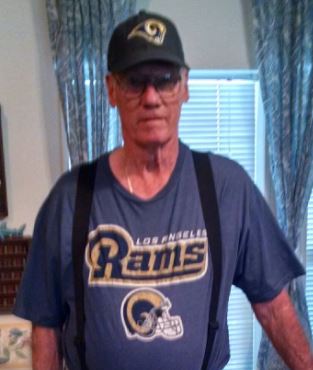 Paul was born in Phildelphia, Pennsylvania to Paul and Jennie Standring. At age 2 the family moved to the San Fernando Valley in California where he grew up and graduated from Van Nuys Hight School in 1951

Paul enlisted in the Navy in 1951 & served aboard the aircraft carrier Essex during the Korean War as a parachute rigger. After leaving the Navy he did many different things & eventually opened an automotive battery business which he owned for 26 years. He had 3 children of his own & raised 3 more when he married his second wife.

Paul met his wife, Lauri in 1990 & they were married on October 11, 1991. Paul enjoyed playing golf, bowling & traveling. Paul & Lauri moved to Phoenix, Oregon in 2000 from California. One of Paul's greatest thrills was in October 2015 when he got to go on the Honor Flight. He had such a great time. He and Lauri spent many hours at Seven Feathers over the last 18 years. Paul was truly loved by everyone he met.

Arrangements in the care of Perl Funeral Home (www.perlfuneralhome.com) Memorial Service will be held February 2, 2019 at 12pm at the Ashland Elks Lodge in Ashland, Oregon.

To order memorial trees or send flowers to the family in memory of Paul Standring Jr., please visit our flower store.