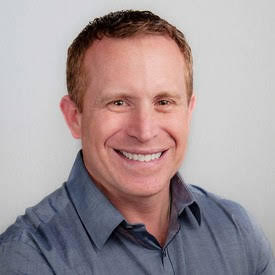 Richard “Richie” Calvo, passed away on August 29th, 2019. From his first day to his last, he lived a life in pursuit of his dreams and goals. Rich was diagnosed with a glioblastoma on May 9th, 2019, one day after his 50th birthday. Rich would want you to read that last line again. There are no guaranteed tomorrows. He would tell you to take all the risks and live your life the way you want to. Starting right now.

Rich passed away on his own terms. Instead of chasing more time by enduring chemo and radiation only to be sick and exhausted, he made a brave choice to embrace the quality of the life he had left. In his remaining three months and 20 days of life, Rich saw friends and family, ate great food, laughed, and loved every minute doing it all. He and his wife Julie traveled to all their favorite places. Most important to him were the people he got to travel with, and travel to see. Between each trip he returned home again and again to Medford, Oregon to spend time with his beloved dogs, Angel and Huck.

Rich overcame many obstacles to achieve his personal and professional goals. He was honored to be voted Top Dentist by his colleagues numerous times, graduate from the Kois Center, and become inducted into the Central Point Rotary club.  With every award and achievement, Rich would say “I hope my dad is proud.”

Rich was an aficionado of fast and vintage cars, mid-century everything, saltwater fish, fine watches and good clothes.  He loved being a dentist, and his care for his patients was deep. He called each patient after every procedure to ensure they were feeling okay.  He often gave out his personal cell number to patients in case they had any questions. The greatest compliment he could receive was that his care reminded people of his dad, Dr. Sidney “Stan” Calvo.

As much as he loved his work, he loved his wife Julie even more. He knew when he walked into Starbucks and met her for the first time, he had met his match in every way. He would often say she gave him wings to chase his dreams. They were together almost 10 years and married for seven. Rich had an easy smile. He was cool and calm in all aspects of his life, taking things as they came, including a near endless list of creatures (great and small) that his wife would ask him to help rescue. He put his foot down when Julie asked him to save a small dog that was actually a black fox.

After telling the cancer to go pound sand, and living the heck out of every day, Rich passed away surrounded by love. He is now somewhere over the rainbow with his beloved father, grandparents, aunts and uncles, and his two favorite side-kicks Spikey and Wilma the Pug (a.k.a. – Big Sexy).

In lieu of flowers, memorial donations may be made in Rich's name to:

To order memorial trees or send flowers to the family in memory of Richard "Richie" Calvo, please visit our flower store.