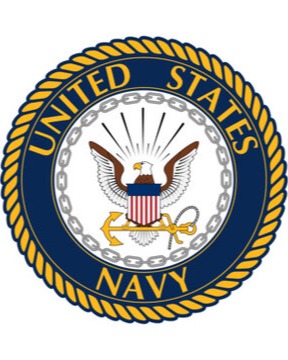 Robert, born in Portland OR, was a fifth generation descendent of Oregon
pioneers who were prominent in settling the Albany, Langell Valley, and
Jacksonville areas. He was a graduate of Grant High School, and grew up
enjoying fishing, hiking, skiing, and climbing Mt. Hood.

Robert is survived by his wife, Shirley Hale, whom he married on October 2,
1949, in Carmel, CA. Shirley and Robert recently celebrated 73 years of
marriage.  Robert is also survived by daughters Sharon and Susan, son Richard, six
grandchildren and two great grandchildren. He was preceded in death by his
parents and sister Jean Peters.

Robert served in the U.S. Navy during WWII, receiving the Asiatic-Pacific and
American Theatre ribbons. His last duty was as Supply Officer aboard the
CVE-77. After an honorable discharge in 1946, Robert attended Carroll
College in Helena, MT, and the Montana School of Mines in Butte, MT.
Returning to Portland, he worked as a Traffic Representative for Northwest
Airlines. Robert moved to Redwood City, CA where he started a family and
was a general engineering contractor and Vice President of Bragato
Construction Company. In the California Bay Area, Robert was active in the
Lions Club, St. Peter’s Episcopal Church as a vestry member, and the Parent
Teacher’s Organization.

In 1973, the family moved to Medford, OR where he worked as Controller for
the Jackson County Department of Public Works, retiring in 1981. Robert
contributed his time and skills to many civic and charitable causes which he
was dedicated to supporting, including St Mark’s Episcopal Church where he
was a vestry member. He was also a member of the Elks, Sierra Club, Nordic
Club, Rogue Valley Genealogical Society, Amateur Radio Club, Master
Gardeners, and volunteered with various organizations including the SMART
Reading program. Robert felt truly fortunate to live in Southern Oregon
where he enjoyed gardening, fishing, hiking, RVing, jazz concerts, bridge,
travel, and skiing – particularly cross-country skiing.

A caring and devoted father and husband, Robert will be dearly missed. He
loved sharing his passion for life and curiosity for learning, exploring, and
creating with his family – be it early morning surf fishing, morse code, skiing,
hiking, woodworking, electric trains, a competitive game of cards, exploring
the mountains or silly campfire songs. His uncanny ability to work and create
with his hands, and patience sharing those skills, ensured his son would love
doing the same. As a patient high school math mentor to his daughters, he
ensured they could later survive calculus. His family will always remember
how Robert loved jazz music and dancing with his wife Shirley as well as
celebrating anniversaries with friends at the Jacksonville Inn. Those that
knew him well knew he always had a question for them.

A celebration of life and private interment with family will be scheduled for
the summer of 2023 at the Eagle Point National Cemetery.

To order memorial trees or send flowers to the family in memory of Robert William Hale, please visit our flower store.