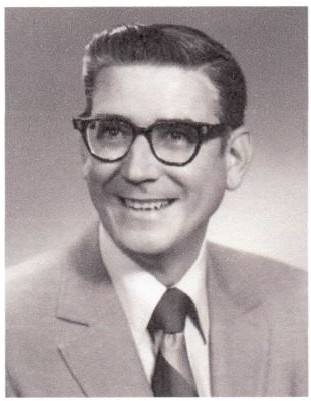 Robert F. Kyle, Jr., 92 years old, died April 30, 2018. Bob moved with his family from Los Angeles to Medford in 1933. He attended Medford Public Schools, After graduating, he spent the summer as an Oregon Department of Forestry trained firefighter. The largest fire he fought was south and west side of Mt. Sexton which he pointed out to the family every time we drove north!

Bob enlisted in the United States Army in 1943, during WW II. He went in January of 1944 to begin infantry training prior to receiving a college education in the ASTP program. That program was summarily abolished. He completed infantry basic training and went to Europe to fight the War. The was a rifle-bearing infantryman. For action in the battle on the Alsace Front he received two Bronze Stars, including one for valor, and a Purple Heart for wounds to his head from German mortar fragments.

After his wartime service, he enrolled at Oregon State College in the School of Business and Technology with a major in finance and a minor in housing construction. While at OSC he was a member of Delta Upsilon social fraternity and Alpha Delta Sigma (ADS) - the honorary fraternity for people in advertising. He was also the business manager of the Oregon State Daily Barometer, the school newspaper.

Bob graduated in June of 1950 and immediately went to work at First Federal Savings and Loan Association of Medford. He learn the business as a teller, progressing to inspecting homes under construction, and eventually making construction loans to contractors and first mortgage loans to people to enable them to purchase a home. Bob was always please to be able to provide a safe place for people to save money and to invest that money in first mortgage loans for borrowers. He worked for First Federal his entire working lifetime and retired in 1984. He then turned to his hobbies that included listening to his favorite music, working with his HO gauge model trains, playing golf and tending to his acre and a half of grass. He enjoyed watching television and especially like sports like Oregon State athletics, the Trail Blazers, and the Mariners.

During his working career, he was a Director of the Oregon Savings and Loan League for four years and the president for one year. His many years of service to the community included: being a member of the Medford Area Chamber of Commerce and serving as Treasurer for two terms; serving as president of Toastmasters and as a member of the Crater Lion's Club; serving as a trustee of St.Luke's Methodist Church and First Methodist Church. The Governor of Oregon appointed him as advisor to the Oregon State Department of Vocational Rehabilitation and later to the Disabilities Determination Service. Bob was especially proud of the 38 years he was associated with Medford Rural Fire Protection District No. 2 as a director and occasionally as chairman of the board. He served in the Air Force Reserve, eventually retiring as a Lieutenant Colonel. During that time, he was the Air Force liaison to the Ashland Civil Air Patrol Squadron. He was a member of the Veterans of Foreign Wars and was an active member of the Military Order of the Purple Heart, Chapter 147.

Bob's survivors include his wife of 67 years Erma and his children Bruce, Ted (Elizabeth), and Susie, and grandchildren Kevin, Jenny, and Ryan and great-granddaughter Julia. The family is planning a celebration of his life in the summer. In lieu of flowers, please consider a donation to Bob's favorite charity, the Scholarship Fund of the Military Order of the Purple Heart Chapter 147. Checks should be made payable to the Rogue Valley Chapter 147 MOPH and mailed to Larry Rupp, 1003 W 12th St., Medford OR 97501.

To order memorial trees or send flowers to the family in memory of Robert F Kyle Jr, please visit our flower store.