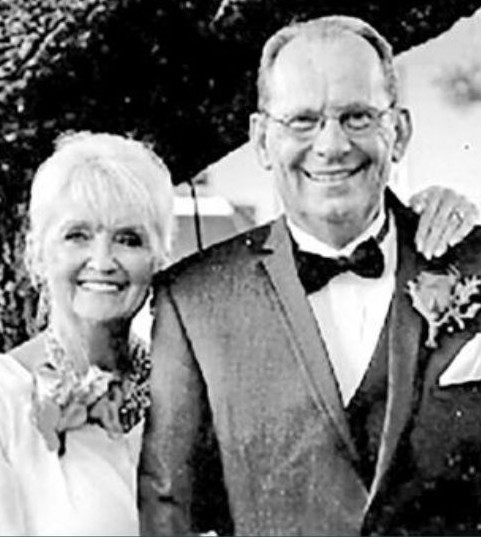 Ronald Duane Primasing passed away Tuesday, August 23rd from heart failure at Rogue Regional Medical Center in Medford. Ron was born in Wadena Minnesota on January 22nd, 1946, to Clayton and Elsie Primasing. The family moved to Lebanon, Oregon in 1948. He graduated from Lebanon High School where he met the love of his life, Judy Manthe. They were married on December 31st, 1965. While living in Lebanon they had two daughters, Jodi Woods (Edgar) and Karee Battenfield, of Medford. They lived in Eugene before moving to Medford in 1975. In 1981 they trained and opened American Hearing Aid Systems in downtown Medford and after 25 years retired and began years of golfing, traveling, fishing, and hunting. Ron and his wife Judy were the very best of Medford sports fans, especially donating and following the Medford Mustangs baseball team all over the state of Oregon and the Regional playoffs.

Ron is survived by his wife Judy, his two daughters, Jodi Woods (Edgar) and Karee Battenfield, grandchildren, Kara Porter, Keli Holston, Kaylin Heinsohn, Kylee Zoller, Brody Zoller, Traven Battenfield, Tallon Battenfield, and Edgar Woods III, and nine great-grandchildren. He is also survived by brother Clarence Primasing (Donna) of Sisters OR, and sisters Peggy Workman (Lebanon, OR) and Sandra Rabine, (Lebanon, OR) sister-in-law Shirley Primasing, and Bonnie Primasing of Lebanon, OR and many nieces & nephews. He was predeceased by his parents and brothers Robert and Gene, and son-in-law Layne Battenfield. A service is planned for Friday September 2nd at Perl Siskiyou Memorial Park at 2pm. 2100 Siskiyou Blvd, Medford, OR 97504. Casual wear is suggested! The family asks that you play your favorite Elvis song and think of Ron!

To order memorial trees or send flowers to the family in memory of Ronald Duane Primasing, please visit our flower store.