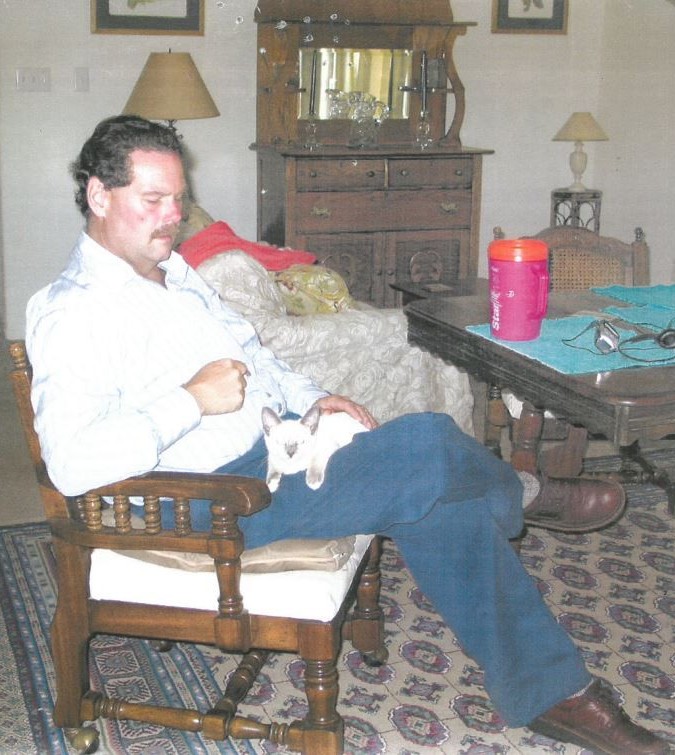 Steve came out of the womb (closely followed by his twin Stan) with a force that followed him his entire life.  Growing up in St. Ignatius, MT, these mischievous twins were involved in antics from day one. Whether it was rocking their cribs, locking the adults out of their bedrooms, communicating in their own language, filling the propane tank with the garden hose, switching classrooms, or teasing their older brother Bill and older sister Marianne, the twins always kept others on point!  Growing up on the Flathead Indian Reservation, Steve was exposed to a different culture and enjoyed Native American drumming, hunting, fishing, and visiting the Bison Range.

Steve, the extrovert and always a jokester, worked at The Malt Shop in St. Ignatius during high school.  He also changed sprinkler pipes for local farmers, and went on to remodel a building in Polson, MT with his father, George Moon, turning it into a business called Moon’s Saloon. At that point in his life he started to go by the first name of Moon, which later developed into the "Moon-Man" nickname.   Many happy moments with friends occurred in this business as well as on Flathead Lake where Steve had a boat with two speeds: off and full speed ahead.

After selling his business, he found his path working as an electrician on large nationwide commercial and power plant construction sites, mainly in the South East. He eventually moved to the San Francisco Bay Area where he met his future wife, Janette Lindquist in 1991.  The two were married July 11, 1993.  Steve was active in Business Men’s Fellowship, Lion’s Club, and the Gideons. Steve and Janette spent the next 16 years in the Bay Area suburbs, first in Richmond, and then building a home in the El Cerrito hills area.  Steve was always the handyman who could do anything with his hands and some tools. After 16 years in California they moved to Southern Oregon and owned a mobile home court in Gold Hill.  His last years were spent in Rogue River, OR in poor health.

Steve was preceded in death by his twin brother Stanley, mother Rosemary, and father George Moon. He is survived by his wife, Janette Moon, brother Bill Moon, and sister Marianne Moon/Tronstad, and several nieces and nephews.

In his memory, Steve would want you to say hello to a stranger and give a helping hand to someone in need. Rest in Peace Steve. You are so loved!

A memorial service will be held at Perl Funeral home at 2100 Siskiyou Blvd, Medford. Saturday, October 8th at 1pm. Reception to follow.

To order memorial trees or send flowers to the family in memory of Steven Clark Moon, please visit our flower store.