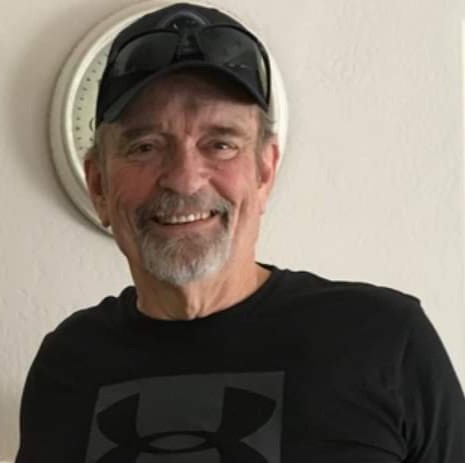 Terry passed away March 20, 2021 at his home in Medford, OR.  He was 72 years old.  Terry was born August 26, 1948 in Glendale, CA. Terry grew up in the Los Angeles area and graduated from Temple City High School in 1966.  He enjoyed playing the drums in a band named Styx where he performed at many school dances and community events.  After high school, Terry joined the United States Marine Corps Reserves where he served from 1970 to 1974. Terry was married to his first wife Donna Lannom from 1970 to 1982 and had two girls Nicole and Neely.  Terry completed trade school and earned a masters in plumbing in the early 70’s.  He worked as a plumber in LA for a time before Terry, Donna and their daughters relocated from Southern CA to Jacksonville, OR in 1976.  Shortly after, he started Plumbers Unlimited with his friend Orrie Bateman in Medford, OR. Terry was married to his second wife Peggy McNeill from 1983 to 2021 and enjoyed raising his step children Ken Urban, Denise Urban, and Jennifer Sanocki with his two daughters Nicole Powell and Neely Powell.  Terry worked as a plumber and reached foreman status with Modern Plumbing in Medford, OR.  He worked for the remainder of his career on countless plumbing projects in the Southern Oregon area. Terry was a spiritual, loving, caring son, father, husband, papa, great papa, co-worker, and friend.  He was a generous spirit that would give his last five dollars to someone in need.  Terry had a great sense of humor, loved animals (especially his dogs), and enjoyed sharing the power and love of god with everyone.  He loved the Lord, the Dodgers, NASCAR, fishing, and most importantly his family.  He found joy in coaching little league baseball with the kid’s teams or fishing on the weekends. Terry is survived by his wife Peggy Powell, his brother Richard Powell, his daughter Neely Carlson, his step daughters Denise Urban and Jennifer Sanocki, his step son Ken Urban, nine grandchildren, and one special great grandson.  He is preceded in death by his parents Richard Powell and Betty Powell, his brother Peter Powell, and his daughter Nicole Powell Warner. Funeral services will be held at the New Life Church of the Nazarene at 1974 E McAndrews Rd Medford, OR on Saturday April 10, 2021 at 10:00am.
To order memorial trees or send flowers to the family in memory of Terry Powell, please visit our flower store.