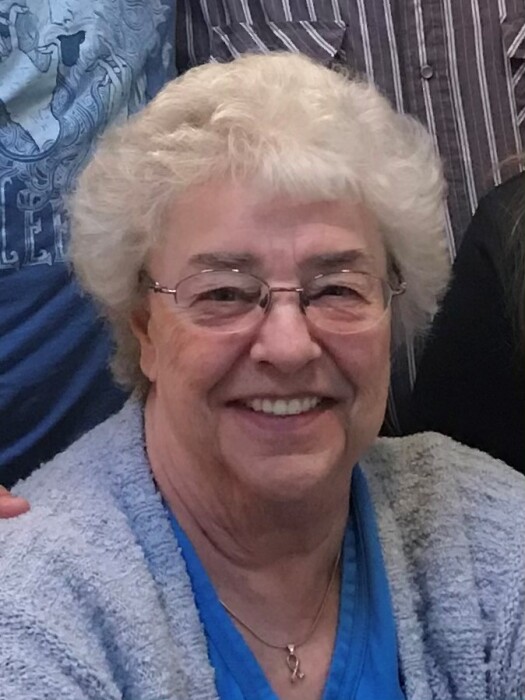 Violet “Vi” R. Pettegrew passed away February 9, 2021. Vi was born October 20, 1942 in Grove, Oklahoma to A.D and Rachel Jackson. She had a wonderful childhood growing up on her family’s farm. Vi was the oldest of nine siblings with six brothers and two sisters. She learned how to take care of herself around all those brothers. In 1960 after graduating from High School, Vi joined the United States Army. In 1961 Vi also joined a semi-professional softball team where she played the position of catcher. She eventually was stationed in Stuttgart, Germany where she worked in administration. Being stationed in Germany gave her the ability to travel throughout Europe and experience some amazing things; even trying to downhill ski in the Alps. Vi loved being part of the Army and was very proud to serve her country for four years. In 1969, Vi met and married the love of her life, Charles V. Pettegrew. The two were married on August 2, 1969 and were married for 51 years. Charles and Vi had two children, Robin and Wesley. Vi was a devoted mother spending many hours working with schools, PTA, girl scouts and little league. In 1984, with her children in school most of time or playing sports, Vi decided to take a job with H&R Block. Vi spent the next 26 years with H&R Block working her way up from office receptionist to office manager extraordinaire and tax preparer. During this same time Vi became very involved with Eagle Point Youth Baseball. She helped organize some of the first BINGO fundraisers at the local bar in Eagle Point. They eventually grew so big they moved to a bigger facility in White City. Vi was elected to the board in 1985 and continued to serve as the treasure until 2021. During her tenure, she was instrumental in getting new baseball and softball fields for Eagle Point that were used by the high school and summer ball teams. Vi enjoyed spending time with her family, good old westerns, reading mystery novels and occasionally going to the casino to play the slot machines, where she was always very lucky. Vi is preceded in death by her father and mother, brother Andrew, sister Anita and brother David. She is survived by her husband Charles, daughter Robin Solomon (Kurt), son Wes (Kim), grandchildren, Jessica, Emily and Joey, great-grandchild, Alana. Brothers, Alvin, Bruce, Mike, Jody and Sister Deb. Graveside service will be held on March 17, 2021 at 11:00am at Siskiyou Memorial Gardens. In lieu of flowers we are asking for donations to the Eagle Point High School Scholarship Fund which can be sent to District 9 Foundation PO Box 1166 Eagle Point, OR 97524 or you can donate via their website at https://d9foundation.com/product/donate in memorial of Vi Pettegrew
To order memorial trees or send flowers to the family in memory of Violet “Vi” Pettegrew, please visit our flower store.