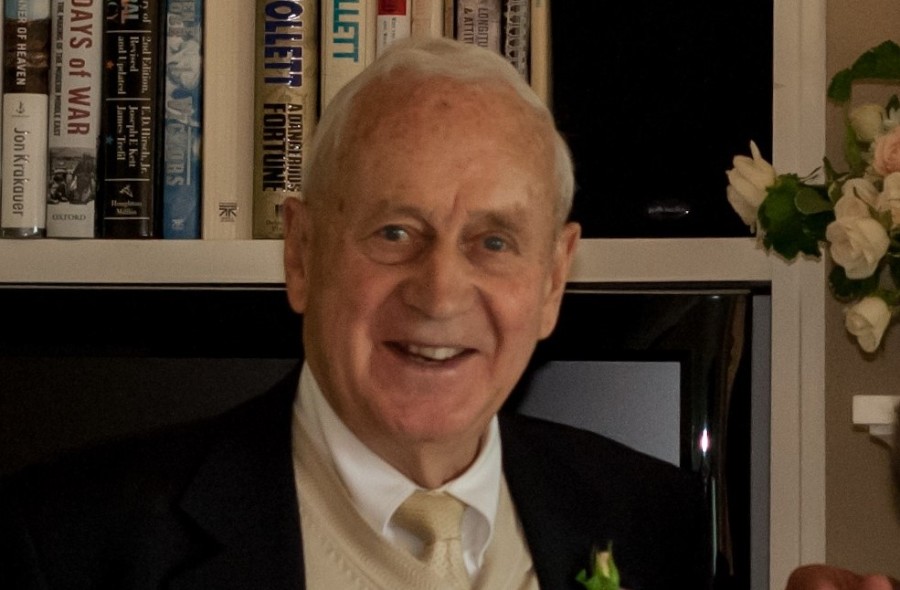 Willard “Will” Chinn was born to Willard and Blanche Chinn in Longview, Washington, April 01, 1927.  He was raised in Kelso, Washington, during the Great Depression where his father, a retired WWI Army officer, was Mayor and owned the Red & White grocery store.  He had a half-brother, Tom Bishop, 18 years his senior.  During the buildup to World War II, his father was called back into the military and his family relocated to the Presidio in San Francisco, CA.  During his father’s time there, Will worked in the mail order department at world famous Gump’s Department Store.

Will and his mother returned to Kelso following his father’s death, where Will graduated high school.  Like most men at the time, Will enlisted in the Army in 1945 at age 18.  He was stationed at Ft Lewis, WA, and was discharged in 1947 following the WWII Armistice.  After his release, he earned a degree in pharmacy at the University of Washington, graduating in 1952.  Will was called back into the military in 1953 for the Korean War where he served as a Lieutenant in the 101 Airborne Division in Ft. Campbell, KY.  He was released less than a year later when the Korean War ended.  He then began his pharmacy career at Economy Drug in Pasco, WA, the first of three stores where his half-brother, Tom, held a controlling interest.

While in Pasco he was an avid water skier and formed the local water ski club that exists to this day.  It was there in Pasco in 1955 that Will met his wife of over 60 years, Donna Claire (Ells).  Will and Donna were married in 1956 in Pasco, WA.  In 1957 Will and Donna moved to The Dalles, OR, where Will became the assistant manager of one of the new Payless Drug Stores, the now transformed Economy Drug.  Will’s career with Payless spanned over 30 years during which time Payless Drug grew to over 225 stores in 9 western states.  It was in The Dalles that Will Jr. was born in 1957 followed by Mark in 1958.  Later that year Payless transferred Will to Medford to manage the 14th Payless Store, the first of the stores to be located in a shopping center.  The family settled in the Rogue Valley and welcomed third brother Tim in 1963.

The family was very active in the community and enjoyed skiing, hiking, bicycling, tennis, running, river rafting and kayaking.  Will was in Rotary and a member of the University Club, serving on boards for the Red Cross, Mt. Ashland, Jackson County Federal and the Rogue Valley Manor.  Will loved his family and was a beloved husband, father, father-in-law, and grandfather.  He is survived by all of his immediate family, including wife Donna, Will Jr., Mark (Debby) and Tim (Lorrie) and grandsons Elliott & Drake, who would like to thank the incredibly wonderful staff of the Rogue Valley Manor for their patience, understanding and excellent care Will received during his transition.

A celebration of life will be held Saturday March 10, 2:00 PM at the Siskiyou Memorial Park Chapel.

To order memorial trees or send flowers to the family in memory of Willard E. Chinn Sr., please visit our flower store.