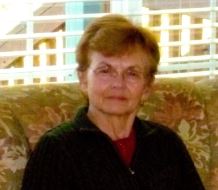 Wilma (Willie) fought a year long courageous battle with cancer before going to Heaven on December 12, 2018. Her loving husband Ken and sister Kathy were at her bedside.

Wilma was born in Lakeview, OR on March 29, 1946 to Tom and Emma (Connie) Jenkins. Wilma moved to and attended school in Needles, CA. She married Ken in November 1963 and they settled in San Bernardino, CA where Wilma attended college, earning her dream of becoming a registered nurse, while raising sons Thomas Scott, Aaron Kenneth, and daughter Karen Michelle.

Wilma and Ken moved to Lakeview, OR in 1991, then to Shady Cove in 2004. Her passion was her children, reading and fishing, especially Rogue River salmon. Her first catch was a 47 pounder and she was hooked.

She was preceded in death by her parents. She is survived by her husband Ken of 55 years, children Scott, Karen and Aaron, sister Kathy, two grandchildren Meghan and Katie, son in law Steve and daughter in law Dawn and niece Kim, nephew Michael and Lakeview family of Aunt Dorothy, cousins Patty, Jeff and their children.

In Lieu of flowers, donations can be made to St. Johns Lutheran Church in Eagle Point, OR in her memory.

To order memorial trees or send flowers to the family in memory of Wilma J Byers, please visit our flower store.