Plant a tree in memory of M. Joanne Earnest
An environmentally-friendly option 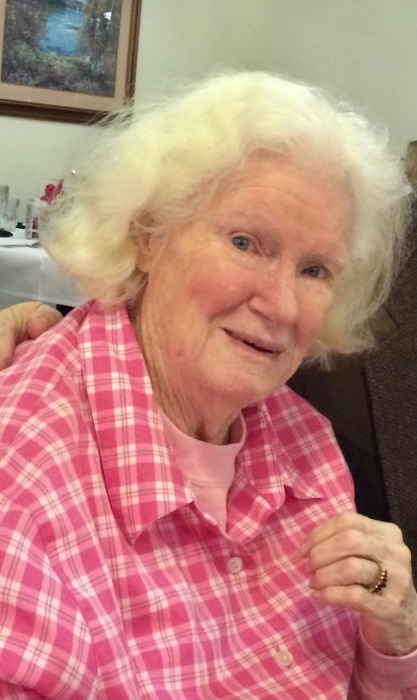 Joanne Earnest was born September 28, 1930, in Fontana CA to Kenneth and Edna Swatzlander.  Her parents moved from Imperial Valley CA to Talent OR when she was in high school, and she went on to graduate from Talent High School.

Joanne worked for several employers over the years as an office assistant.  She later married Roy Earnest and moved to Evans Valley where she joined the Evans Valley Garden Club.  There she eventually joined her Bunko group which was made up of several Garden Club members.  The Garden Club and Bunko were things Joanne cherished and talked about all the time!

Roy and Joanne ventured to Hawaii for a few years to try their hand at home building there.  They returned to OR and bought a boat that they anchored at Brookings-Harbor.  They spent most of the salmon season for several years sleeping on the boat and fishing, with their primary home in the Rogue Valley.  After he passed in 1990, she moved to the mobile home park on West Evans.

After a brief illness, she moved with her nephew – Tim – to Haven House in Fossil OR in 2007.  When Tim moved back to southern OR in 2011, she came with him and moved into Morrow Heights in Rogue River.  Since 2015 Joanne was a resident at Cascade The Point in Grants Pass.

The family would like to thank the kind and caring staff of Cascade The Pointe for their care of Joanne these past few years, and Asante Hospice for their guidance and oversight for her at the end.  Thank you!!

Joanne passed Friday, March 12, 2021 at The Pointe.  She is survived by her nephew Tim Keith, niece Jana Artoff, nephew John Keith, brother-in-law James ‘Bus’ Keith, plus great nephews and nieces.  She was preceded in death by her parents, her sister Myrna Keith, and her beloved nephew Norman Keith.

A service summary is not available

Plant a tree in memory of M. Joanne Earnest
An environmentally-friendly option

Plant a tree in memory of M. Joanne Earnest

A Memorial Tree was planted for M. Joanne Earnest

Plant a tree in memory of M. Joanne Earnest